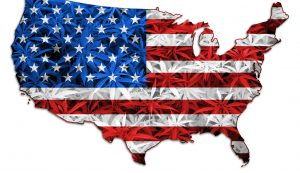 Prominent figures from the nine recreational marijuana markets in the United States reacted defiantly to the announcement that Attorney General Jeff Sessions is throwing out Obama-era protections for the legalized cannabis industry.

From Alaska to Maine, industry insiders in states with legal adult-use programs and politicians from both sides of the aisle spoke out against the action.

But most seemed relatively calm as they prepared to sort out what the demise of the Cole Memo might mean for the industry.

In fact, the majority opinion seemed to be that the marijuana industry should conduct “business as usual.”

Here’s a look at the U.S. recreational markets:

Legal cannabis continues to grow in popularity, and the state has come to rely on the tax dollars the program generates, said Cary Carrigan, executive director of the Alaska Marijuana Industry Association.

According to a statement from the industry, “This is a clear slap in the face to the American voters and residents of Alaska, who overwhelmingly and resoundingly have supported this industry at the ballot box.”

Carrigan pointed out that U.S. Rep. Don Young – a Republican who’s a member of the Congressional Cannabis Caucus – and Alaska legislators traditionally have been supportive.

“Alaska has some of the highest crime statistics in the nation,” she said, “so I’m guessing their focus is going to be on criminal activity that isn’t marijuana.”

She also noted that Gov. Bill Walker has been an ally to adult-use cannabis.

Walker, an independent, was one of four governors who sent a letter to Sessions last year asking the Department of Justice to maintain the Obama administration’s hands-off enforcement approach to states that have legalized cannabis.

“We feel comfortable with our Gov. Walker,” she said.

Up and down the Golden State, public officials and cannabis industry leaders said the marijuana sector will continue uninterrupted.

Lori Ajax, the chief of the California Bureau of Cannabis Control, said in a statement that she “fully expects” the DOJ and Trump administration to “respect the rights of states” when it comes to voter-supported legalization regimes.

But even if they don’t, there’s no indication the loss of the Cole Memo will affect any California policies.

“We’ll continue to move forward with the state’s regulatory processes covering both medicinal and adult-use cannabis, consistent with the will of California’s voters, while defending our state’s laws to the fullest extent,” Ajax said in the statement.

“California will stand together to pursue all legal, legislative and political options to protect its reforms and its rights as a state,” Newsom said in a statement.

“In California, we decided it was best to regulate, not criminalize, cannabis,” Becerra continued in his statement. “After all, this is 2018, not the 20th century.”

Wesson issued one of the more strongly worded responses by a California public official:

“We will not be bullied by an out-of-town and out-of-touch politician.

“The voters of California and Los Angeles have spoken, and we will continue doing our job of reasonably regulating the cannabis industry.”

Government leaders in Colorado – which has the longest-running recreational marijuana program – came out against Sessions’ actions in force.

Colorado’s U.S. attorney, Bob Troyer, issued a statement saying, in part, that his office has been following the principles Sessions issued.

“We will, consistent with the Attorney General’s latest guidance, continue to take this approach in all of our work with our law enforcement partners throughout Colorado,” Troyer said.

Democratic Gov. John Hickenlooper, who joined Alaska’s Gov. Walker in writing a letter last year objecting to Sessions’ position on cannabis, released a statement that said, in part, “today’s decision does not alter the strength of our resolve … nor does it change my constitutional responsibilities.”

Republican Sen. Cory Gardner said he’s prepared “to take all steps necessary,” including holding up the confirmation of Justice Department nominees, “until the attorney general lives up to the commitment he made to me prior to his confirmation.”

Brian Vicente, a cannabis attorney in Denver, said he thinks it’s unlikely there will be a dramatic enforcement ramp-up stemming from Sessions’ announcement and is heartened by the bipartisan backlash against Sessions’ actions.

“But it’s certainly possible that U.S. attorneys around the country, perhaps in certain areas that do have marijuana laws, may choose to make this more of a priority,” he added.

He offered the following advice for business owners:

“This is the time to double down on compliance. Make sure you’re following all state and local laws. Get your taxes up to date. Continue to be good neighbors. If all those activities are followed, I’m not too concerned about Colorado’s business owners.”

Even though Mainers voted to approve recreational marijuana in 2016, Gov. Paul LePage, a Republican, has steadfastly stood in the way of creating a working program, and Sessions’ announcement likely will only solidify his opposition.

“It’s going to hamper the rollout of the market,” said David Boyer, the Maine political director for the Marijuana Policy Project.

Boyer hopes Maine’s federal prosecutor follows the will of the voters and doesn’t crack down on the adult-use market.

But there’s still work to be done to implement Maine’s adult-use program.

A legislative hearing is scheduled for Friday to propose a bill with a new regulatory framework. The measure was approved by lawmakers then vetoed by LePage in 2017.

In nixing the bill, LePage cited concerns over the federal illegality of cannabis. A subsequent effort to override the veto failed.

In order to implement the rec program – provided that LePage vetoes another bill – Boyer said it will require changing the minds of Republican lawmakers to get the necessary two-thirds vote to override the governor.

“But (LePage) is still in charge of these government agencies,” Boyer said. “He now has a little more cover to say that he’s not going to implement it even though the legislature passed it.”

Massachusetts voters approved recreational marijuana in 2016, and progress is being made toward a July 1 launch of sales. In December, the state’s Cannabis Control Commission approved a set of draft regulations.

The commission said in a statement that “nothing has changed” because of Sessions’ announcement.

“We will continue to move forward with our process to establish and implement sensible regulations for this emerging industry in Massachusetts.”

Kris Krane, managing partner of Boston-based 4Front Ventures, said Massachusetts cannabis businesses are in a different position than those in states that have already begun recreational sales because the Rohrabacher-Blumenauer Amendment remains intact.

“The justice department and these U.S. attorneys are still, regardless of the Cole Memo, prohibited from cracking down on state-legal medical marijuana businesses,” Krane said.

“In Massachusetts, at least right now, everybody that’s licensed and operational is licensed under the medical program.”

The July deadline to begin adult-use sales gives the state’s industry about half a year to assess what this really means, he added.

“The fact that Massachusetts has taken so long to implement their adult-use program may be somewhat beneficial,” Krane said. “It gives businesses time to assess what the new reality actually is.”

With each month setting records in sales – more than $38 million in October alone – lawmakers don’t seem too eager to slow the program.

Rep. Dina Titus of Nevada’s First Congressional District said in a statement Thursday that Sessions’ actions were a “direct attack on the state of Nevada, sovereign tribal governments and the rights of people in states, tribes and territories all across the United States.”

She went on to say rescinding the Cole Memo “undermines Nevada’s $622 million industry, threatens nearly $1 billion in new investments and jeopardizes thousands of new jobs and more than $60 million in tax revenue for the state.”

According to The Associated Press, Nevada Sen. Richard “Tick” Segerblom, a Democrat, said a federal crackdown could kill an industry on which the state now depends.

Kopilak noted, however that Williams has “adhered” to the Cole Memo and has yet to go after a state-compliant marijuana business.

But Williams did aggressively pursue federal charges for marijuana possession against 19-year-old Native American Devontre Thomas, who faced a year in prison over 1 gram of marijuana.

When news of the prosecution went public, Williams faced a fierce backlash from Oregon voters and politicians and eventually dropped the charges against the teen.

“Reports that Attorney General Jeff Sessions will roll back federal marijuana policy are deeply concerning and disruptive to our state’s economy.

“Over 19,000 jobs have been created by the market Oregon worked carefully to build in good faith and in accordance with the Cole Memorandum.

“The federal government must keep its promise to states that relied on its guidance.”

Kopilak also predicted that marijuana businesses already in operation would continue to stay open, but that people looking to break into the industry may now wait to see what happens.

“For those already in the business, it’s business as usual,” he said. “For those thinking about getting in but who aren’t in yet, it may have a chilling effect.”

Much like Colorado, Washington’s program has been around too long to go anywhere now, according to industry watchers.

The state’s governor and attorney general as well as Seattle’s mayor all spoke out against Sessions’ actions.

Democratic Gov. Jay Inslee called the revocation of the Cole Memo “the wrong direction for our state.”

“In Washington state we have put in place a system in place that adheres to what we pledged to the people of Washington and the federal government,” he wrote in a statement.

“It’s well regulated, keeps criminal elements out, keeps pot out of the hands of kids and tracks it all carefully enough to clamp down on cross-border leakage.

“We are going to keep doing that and overseeing the well-regulated market that Washington voters approved.”

“I am disappointed … that AG Sessions plans to abandon the current federal policy on marijuana — a policy that respects states’ rights and focuses federal enforcement on key, shared areas of concern.”

“Reversing course now is a misguided legal overreach and an attack on Seattle, the state of Washington and a majority of states where the voters have made their voices heard loud and clear.”

According to U.S. Attorney Annette Hayes, who represents Western Washington, (Sessions) “reiterated his confidence in the basic principles that guide the discretion of all U.S. Attorneys around the country, and directed that those principles shepherd enforcement of federal law regarding marijuana.”

It’s still too early to tell what this all mean for cannabis business owners in Washington state, said one marijuana lawyer.

“But marijuana businesses need to know that this is a huge shift in federal marijuana enforcement policy,” said Daniel Shortt, a Seattle-based cannabis attorney.

The District of Columbia is a unique marijuana market.

While adults are allowed to grow and possess cannabis for personal use, sales and purchases are not permitted under the district’s current law.

That means there are no recreational businesses for federal officials to go after.

The U.S. attorney for the District of Columbia, Jessie Liu, could not be reached for comment, and there don’t appear to be any statements or cases involving marijuana that might reveal how she will approach Session’s announcement.

Reporters Omar Sacirbey and John Schroyer contributed to this report.