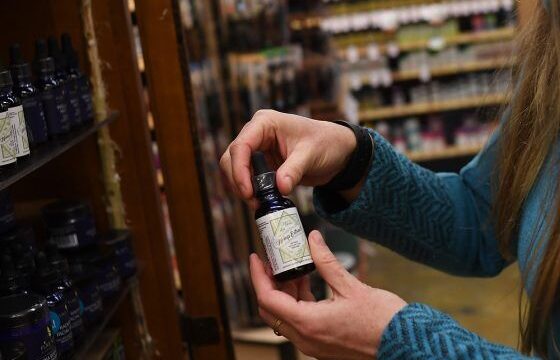 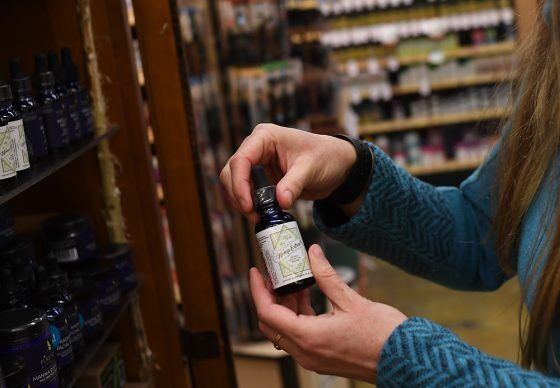 By Brian Slodysko, The Associated Press

INDIANAPOLIS — Lawmakers appear destined to study the therapeutic benefits of marijuana, a baby step that could eventually lead to Indiana joining 29 other states in legalizing medical pot in one form or another.

The House voted 94-0 on Thursday in favor of a resolution by Berne Rep. Matt Lehman, which calls for a legislative commission to study medical marijuana.

The measure is backed by Rep. Jim Lucas, a Republican from Seymour who is an outspoken advocate for legalizing medical marijuana.

It’s one of several proposals addressing the potential benefit of marijuana, or marijuana-derived medicines, which have gained traction. Support for such legislation marks a significant sea change, albeit incremental, in the thinking of the GOP-dominated Legislature.

During a floor debate, Lucas held up a bottle of whiskey, a bottle of aspirin and a pack of cigarettes. He said all were common items derived from plants or trees, but none are as contentious as marijuana.

“I’m not up here to sell cannabis as being the end-all-be-all magic bullet. It’s like anything else: it works for some, it doesn’t work for others,” Lucas said. “One of the biggest challenges we as a legislative body are going to face is coming through all the smoke, all the fear mongering, all the stigma, the ignorance.”

Last year, legislators approved a law allowing people with a severe form of epilepsy to use cannabidiol, commonly referred to as CBD oil. But confusion over the drafting of the law, combined with a prior hemp products law, led to authorities cracking down on the sale of CBD oil. Lawmakers appear poised to pass legislation this session that would remove many of those restrictions and allow anyone to buy it.

Medical marijuana, however, is destined to be far more divisive.

Law enforcement groups have historically opposed the measure. Gov. Eric Holcomb has voiced opposition to the idea, and while the Senate may not object to a study, Republicans there have opposed it as well.

Attorney General Curtis Hill previously declared in an advisory opinion that even CBD oil should not be sold in the state. Hill, a Republican, takes issue with lawmakers declaring what is — and isn’t — medicine.

The measure by Lehman, the Republican floor leader, was supported by House Speaker Brian Bosma, though he did not vote for it.

“We just need to know a lot more about (medical marijuana) before we do anything,” said Bosma. “My mind can be changed, but it will still be based on facts.”

Technically, a special council comprised of lawmakers from both parties must sign off on the measure before it will be referred to a summer study committee. But the widespread support suggests that will happen, absent opposition from the Senate.

Often such study committees, which meet between legislative sessions, are a way to punt on controversial issues that legislative leaders would rather not pursue. GOP leaders vowed this time is different.

“I’ve had a lot of people say … ‘I know what it means when you study something. It means it will never be heard from again,’” said Lehman. “This is different. Because I do think this is something that all Hoosiers have said: ‘It’s time to move forward.’”