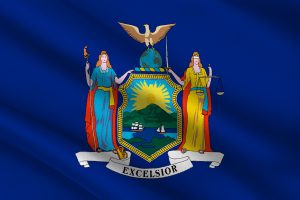 (This is the fifth installment in a series that examines hemp markets in U.S. states. Other installments: North Carolina, North Dakota, Oregon and Vermont.)

And when it comes to hemp, the Empire State is writing the nation’s fattest check yet to promote its new crop.

After a late start authorizing hemp production and a program that is relatively small compared to bigger agricultural producers, New York hopped to the front of the nation’s hemp line in July, when Gov. Andrew Cuomo invited hemp entrepreneurs to compete for $5 million in development grants.

Most states have industrial hemp programs.

But the programs are largely funded through farmers paying fees to state departments of agriculture, with the growers getting little in return by way of promoting the plant or finding buyers or processors for the crop.

“New York didn’t want to go slow, and the governor was hoping to establish New York as a leader,” said Jennifer Gilbert Jenkins, an agriculture professor at Morrisville State College, which has been experimenting with hemp since 2016.

“Our ag land is never going to be the size of Iowa or the Dakotas. But hemp can be a really important commercial crop for the state.”

Here’s what you need to know about New York’s hemp market.

New York authorized hemp growing in 2015, a year after Congress permitted states to do so. New York’s hemp law allowed for up to 10 educational institutions, farms or businesses to grow and research hemp.

The state has been expanding its hemp program ever since.

In early 2017, New York removed the 10-grower limit and opened the door to an unlimited number of cultivators. The state has also created an advisory panel to come up with ideas on hemp’s business applications.

The big change came in September, when Cuomo announced the Industrial Hemp Agricultural Research Pilot Program, offering 10 grants up to $500,000 each for capital projects such as buying processing equipment.

“We are opening the doors to innovative ideas that could provide a major boost to our farms and communities, creating new jobs and laying the foundation for future economic growth,” Cuomo said in a statement at the time.

As of this year, New York has:

Those numbers are poised to spike dramatically in 2018.

New York received 100 applications to grow hemp next year and has a dozen pending applications for additional processors, said Jola Szubielski, a spokeswoman for the state Department of Agriculture.

New York has no rules for how hemp can be used. Growers report that hemp is being grown for:

New York is the only state with officially recorded hemp production devoted to consumption of the plant’s leaves.

JD Farms, a 1,500-acre organic farm about 40 miles east of Syracuse, sells baby hemp greens to chefs and restaurants, with the leaves eaten whole on salads. The farm had 120 acres in hemp in 2017, with most of it going for seed production but some for baby greens.

There is no official tracking of hemp commodity prices by any standard exchange.

The hemp market in New York and other states is currently strongest for seeds for use in food products. But Jenkins is betting that may change.

“Grain is the low-hanging fruit right now,” she said. “We go through food fads. A couple years ago, flax seed was the end-all, and now everything has to have hemp in it.

“I think hemp food will always be there. But the potential for hemp to add strength to manufacturing components could have more potential.”

“We’d like to able to understand more about how cannabinoids interact with pain reception,” Smart said.

New York’s heavy research investment, and existing manufacturing capacity, could see the state make big gains over competitors that may appear to offer more room and a better climate for hemp.

“Cuomo wants to jump ahead and grow more hemp than Colorado,” currently the nation’s top hemp producer, said Thomas James, vice president of 22nd Century Group, a biotech firm working with hemp in western New York. “This could be a great thing.”