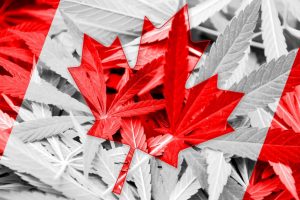 The Canadian cannabis industry has its clearest picture yet of the habits and behavior of the nation’s marijuana users, thanks to a newly released 2017 survey conducted by Health Canada ahead of next year’s recreational legalization.

The findings from the Canadian Cannabis Survey suggest that marijuana demand will be greater than earlier government estimates have projected once the nation’s adult-use program is rolled out.

The new survey – conducted March-May among 9,215 Canadians – found that medical users spent about 121 Canadian dollars ($95) on cannabis in a typical month, while recreational users spent close to CA$75 on marijuana products each month.

The rec marijuana was obtained from a black-market dealer or dispensary, relatives, friends and acquaintances.

Interestingly, only 19% of respondents who used cannabis for medical purposes said they acquired their medicine through legal channels.

The data also suggests that more Canadians can be considered heavy users, meaning the underground market is bigger than previously thought.

Estimates given to Health Canada by an influential research firm – and reported by Marijuana Business Daily – found that Canadian demand for flower equivalent could exceed 900,000 kilograms (992 tons) in 2018 — or 40% higher than previous estimates.

The fresh data from Health Canada also means the demand projections contained in the oft-cited Parliamentary Budget Officer report from 2016 could be due for an upward revision. The PBO projections relied heavily on the 2012 Canadian Community Health Survey.

The 2017 Canadian Cannabis Survey found that: