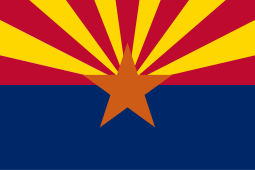 HB 2068 would allow prosecutors to determine whether individuals on parole or probation can access medical marijuana, despite a 2015 state Supreme Court decision that held medical marijuana could not be withheld from patients under those circumstances. Another bill, SB 1060, would make it a felony and a $10,000 fine for anyone who publishes the address of a dispensary that is different from that on file, including typos!

Lawmakers should be improving patient access, not creating new obstacles.

Meanwhile, in a move toward improving marijuana policies, Rep. Mark Cardenas has introduced HB 2014, which would reduce the penalty for possession of less than an ounce of marijuana to $100. Please urge your state legislators to support HB 2014!

Imprisoning individuals for possessing small amounts of a substance that is safer than alcohol wastes valuable resources and can lead to a lifetime of harsh consequences, including denial of student financial aid, housing, employment, and professional licenses.