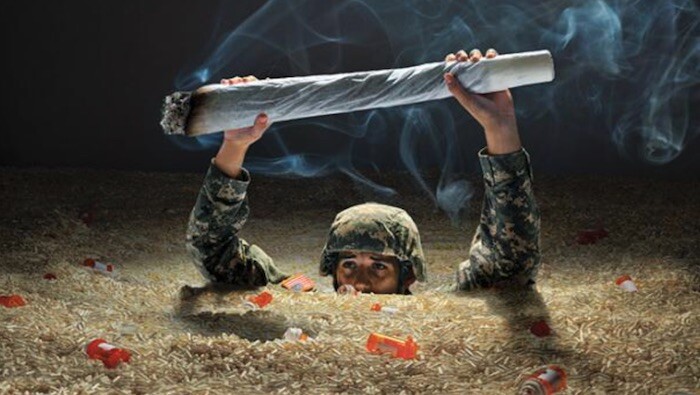 “It’s a medicine that has very low risks, if any, and huge rewards.” – Rep. David Clark

On Wednesday, the Georgia House of Representatives passed a bill to amend the state’s medical marijuana law to include post-traumatic stress disorder (PTSD) to the list of qualifying conditions.

H.B. 764, which passed the House on a 145-17 bipartisan majority, would allow Georgia residents suffering from PTSD and intractable pain to join the state’s medical marijuana program – otherwise referred to as the Low THC Oil Patient Registry.

@RepDavidTClark did a great job getting overwhelming support from our House colleagues. Now hoping Senate will agree to give more hurting Georgians an option for #MedicalCannabis #gapol
Georgia representatives vote to add PTSD to medical marijuana law https://t.co/iZLuVq91Uk

Sponsored by State Rep. David Clark (R-98th District), HB 764 would expand the patient base of Georgia’s cannabis oil program three years after implementation and would provide veterans with an alternative therapeutic treatment option for those suffering from PTSD or intractable pain.

“I see cannabis not as a gateway drug, but as an exit path off opioids,” Rep. Clark told The Atlantic Journal.

While Gov. Nathan Deal has indicated he supports an expansion of the state’s program, House Bill 764 must first pass the Senate before Gov. Deal can sign it into law.

Representing progress for Georgia’s veterans, the House passage of HB 764 was joined by another noteworthy event in the Peach State on Wednesday.

Per a press release from Savannah.gov, an ordinance to reduce the fines and punishment for personal possession of less than one ounce of marijuana was voted on and approved by Savannah’s City Council and their Republican mayor. Called decriminalization by some, Savanna’s elected officials view the ordinance as an attempt to exercise local control and prevent young people from entering the criminal justice system. Effective July 1, 2018, those caught with less than one ounce of marijuana inside Savannah’s city limits will be punished with a fine of no more than $150 – and no incarceration.