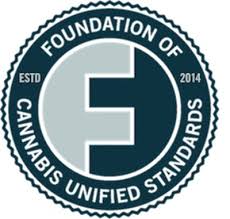 Brought to you by Foundation of Cannabis Unified Standards (FOCUS)

This post has been drafted in response to a recent press release announcing a new packaging and labeling standard being developed in the cannabis industry.  FOCUS has been inundated with questions about our relationship with this standard, the difference in the standard compared to the FOCUS packaging and labeling standard. Some have asked about the value of a self-regulatory organization in the cannabis space. All inquiries have requested clarity on how this new standard fits within the larger picture of the globally harmonized cannabis standards already well into development.

The goal in writing this article is to offer informed insight, education, and perspective to the cannabis industry and beyond so each person can make their own decision on the implications. In order to do this, it is s critical to possess a basic understanding of the types of standards being developed, the procedures required for establishing each type of standard, as well as who is involved in the development of the standards.

What are voluntary consensus standards?

What is a voluntary consensus standards body?

(i) Openness: All stakeholders are invited and encouraged to attend
(ii) Balance of interest: A neutral forum – no one stakeholder group dominates
(iii) Due process: Follow a consensus-based process
(vi) An appeals process: Handled by both the public and private sector

(v) Consensus: Every person has equal say – one vote per interest group

Foundation of Cannabis Unified Standards (FOCUS), was established in 2014 as a 501c3 not-for-profit Cannabis Health and Safety Organization in an effort to protect public health, consumer safety, and safeguard the environment.  FOCUS is not a cannabis company, an industry trade association, nor an advocacy organization. FOCUS is an unbiased, third-party with no financial stake in – or funding from – the cannabis industry.  FOCUS does not advocate on behalf of or push cannabis policy.  FOCUS exists to help assure the rapidly growing global cannabis industry has the necessary protections in place for the health, safety, success, and welfare of everyone. FOCUS is a voluntary consensus standards body that develops voluntary consensus standards following all agreed upon procedures as other global voluntary consensus standards bodies.

Who is ASTM International?

Organized in 1898, ASTM International is one of the world’s largest international standards developing organizations. ASTM is driven by the expertise and commitment of its 30,000 members, who hail from more than 140 countries. They use good science, good engineering and good judgment to improve performance in manufacturing and materials, products and processes, systems and services. Businesses, governments and individuals collaborate openly and transparently on technical committees, ensuring our standards combine market relevance with the highest technical quality. ASTM standards are used and accepted worldwide and cover areas such as metals, paints, plastics, textiles, petroleum, construction, energy, the environment, consumer products, medical services, devices and electronics, advanced materials and much more.

What is the relationship between FOCUS and ASTM?

In 2016, after multiple requests from outside parties, ASTM convened a committee to decide whether or not to become involved in developing standards for cannabis.  FOCUS was asked to participate. After the determination to move forward was made, FOCUS chose to share our standards for use as the foundation for the further development of globally harmonized cannabis standards by the ASTM D37 Cannabis Committee.

FOCUS views this collaboration as something terrific that helps further the FOCUS Mission of protecting public health, safety, and the environment, while bringing much needed legitimacy to the industry. ASTM’s depth and international scope allowed FOCUS the opportunity to have a much broader effect on helping others in a shorter timeframe. Ultimately, making the FOCUS vision of a safe, legal, and sustainable global cannabis industry that much closer to becoming a reality.

According to the National Association of Cannabis Businesses (NACB) website, “NACB was established in 2017 as the first and only self-regulatory organization (SRO) for U.S. cannabis, dedicated to helping its members achieve success in an ever-changing regulatory landscape by promoting compliance, transparency, record-keeping and responsible business practices”.

Last week, NACB issued a press release announcing the completion of the development of a packaging and labeling standard that have left many inside the cannabis industry confused.

What is a Self-Regulatory Organization (SRO)?

Oxford Dictionary defines self-regulatory as an organization regulating itself without intervention from external bodies.

What type of standards are developed by NACB?

Complicated terminology and language in the standards world make understanding the differences between types of standards and the organizations developing standards difficult to understand. While NACB refers to their standard as voluntary, by definition of how the NACB standard was developed, who developed it, and who can use it, it is in fact, a consortia standards.

What are consortia standards?

The American National Standards Institute shares the following on Consortia Standards.  Consortia standards are developed by companies who agree to work together to solve a specific market need. Consortia documents may offer a solution to a problem, but participation in standards-setting is limited to members of the consortia. Membership often requires a substantial financial contribution.

*FOCUS believes it is important to note that other respectable organizations within the cannabis industry, such as the American Herbal Products Association (AHPA), American Trade Association of Cannabis and Hemp (ATACH), and Americans for Safe Access (ASA) have also generously materials in an effort to assist ASTM on the development of a single, globally harmonized, set of cannabis standards available for use by everyone.