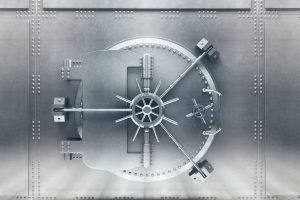 Orlando-based First Green Bank – which earlier this year opened accounts for six of Florida’s seven medical marijuana producers and openly agreed to provide them with financial services – said it is shuttering the accounts.

The Miami Herald reported the move reflects a pending acquisition of First Green Bank by a bigger financial institution that doesn’t want to do business with marijuana businesses.

The newspaper also reported that First Green Bank appears to have found another financial institution to provide the same type of services and that medical cannabis patients wouldn’t notice an interruption in securing medicine.

“There will be no interruption or change in operations as far as patients and members are concerned,” Jake Bergmann, CEO of Surterra Holdings, a medicinal marijuana operator and a First Green client, told the Herald.

First Green Bank had worked for months to convince Florida regulators it was fit to work with marijuana companies, and said it had “a rock-solid kill switch” that could close all MMJ-related accounts in 24 hours if federal regulators give the order.

Though many banks do work quietly with cannabis-related companies, few advertise a willingness to take on marijuana clients.