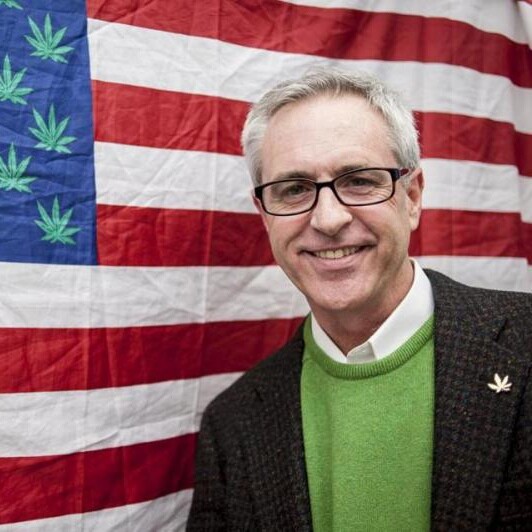 By the early 1970s, the National Organization for the Reform of Marijuana Laws (NORML) was the one and only pro-cannabis law reform group working nationally to moderate—not end—prohibition for cannabis consumers.

With the impetus of the pro-decriminalization Shafer Commission filling the sails of cannabis law reformers, despite Nixon’s rejection of the Commission’s pro-reform recommendations, in 1973, in a show of genuine bipartisanship, a liberal Democrat from urban Portland named Stephen Kafoury and Stafford Hansell, a Republican pig farmer from Umatilla County, successfully legislated the first major public policy reform concerning marijuana since the 1930s when the Oregon legislature decriminalized possession for adults of a small amount of cannabis.

NORML took both the government-funded Shafer Report and Oregon’s newly established decrim laws and championed them to as many states as possible to implement decriminalization policies. Seven states between 1972 and 1973 (MA, ME, MD, RI, MT, HI and CT) took up decrim legislation, yet, none passed in the immediate wake of Oregon’s groundbreaking legislation.

The first of many public conferences in America held in favor of cannabis law reform convenes in 1972 by NORML in Washington, DC,  ‘The First People’s Pot Conference’. Less than one hundred people attended, today, for example, at the Marijuana Business Daily’s annual conference, well over 15,000 patronize the event.

NORML, and groups like the American Civil Liberties Union (ACLU)—along with focusing on decriminalization, not legalization—begin targeting the excessive prison sentences cannabis offenders increasingly were receiving during the big ramp up in cannabis arrests under Nixon’s declared domestic war on cannabis, as a means of focusing public attention on the notion that ‘the punishment should fit the crime.’

An aspiring governor from Georgia named Jimmy Carter starts to embrace cannabis law reform on his way to a successful run for president.

The then head of the National Institute on Drug Abuse (NIDA), Dr. Robert DuPont, publicly supported decriminalizing cannabis and endorsed the reform recommendations of the Shafer Commission.

While, according to DEA interdiction data, most cannabis consumed by Americans in the 1970s came from foreign sources, principally from the countries of Mexico, Colombia, Panama and Jamaica, the genesis of a multi-billion dollar a year domestic cannabis cultivation industry begins in the hills and mountains of Appalachia, Ozarks and the Emerald Triangle—often started by returning Viet Nam vets who were familiar with guerilla tactics to conceal their illegal gardens.

In 1975, an English Professor in Washington, DC named Robert Randall was arrested for growing a few cannabis plants in his backyard. He was cultivating cannabis specifically for therapeutic use for his glaucoma. His arrest and groundbreaking legal case created the modern effort to legalize cannabis for medical use. Arguably, Robert Randall was the nation’s first recognized medical cannabis patient.

The period of 1972-1976 is marked for cannabis law reformers as the beginning of the ‘golden age’ of marijuana decriminalization at the state level, when the nation-state of California adopts decriminalization, and, in short order, nearly a dozen states’ legislatures move to embrace NORML’s public advocacy in favor of moderate cannabis law reforms.

The states of Alaska, Colorado, Maine and Ohio decriminalize pot possession by 1976. Interestingly, the state of Alaska’s Supreme Court in 1975 ruled in Ravin that in essence the right to privacy extended also to possessing a small amount of cannabis.

Born in 1973 from Nixon’s ‘War on Drugs’ policy and wont to re-organize the original anti-drug federal bureaucracy, the Bureau of Narcotics and Dangerous Drugs (BNDD), the major opponent to cannabis law reform was created in the Drug Enforcement Administration (DEA).

Aiding and abetting the DEA in it’s jihad against cannabis and it’s consumers were a handful of, often, government-funded medical researchers, best personified by a one Dr. Gabriel Nahas, an anesthesiologist professor from Columbia University Medical School.

Often shadowing pro-reform icon Dr. Lester Grinspoon’s university guest lectures on the pharmacology of cannabis or NORML’s state ‘roadshow for decrim’, offering up hysterical scientific counter claims about cannabis. Nahas’ books Marihuana, Deceptive Weed (1972) and Stay off the Grass (1976) became gospel for an emerging (and soon-to-be-powerful) organized grassroots effort against cannabis in the form of the so-called ‘Parent’s Movements’.

After Nixon declared a war on drugs early in his presidency, the implementation of such started to take root around the world in the form of the US military being used for the first time to thwart foreign illicit drug plant production, notably in America’s southerly neighbor, Mexico. In time this leads to an US Army program south of the border where the US government has the ‘great’ idea of deterring cannabis use domestically if they poison the foreign produced crop with Paraquat. Instead, due to the lack of regulations and liabilities under prohibition, the hundreds of acres of tainted cannabis crops still find their way to American cannabis consumers.

Later in the decade, a Christmas Party in Washington, NORML, Paraquat and an US government official in charge of drug policy will provide an important pivot point in the fifty-year effort to end cannabis prohibition.

Near the end of 1976, the most impactful and long-lasting challenges against cannabis law reformers did not in fact come from cannabis itself, instead, it was the unchecked profusion of paraphernalia products for ready purchase (for example, in most of the US in the 1970s there was no age limit for purchasing pipes, bongs, papers, etc…) and the reform community, largely led by NORML and the pro-marijuana High Times Magazine, failed to recognize both 1) the legitimate concerns of parents witnessing their young teenagers going into record stores and bodegas purchasing cannabis pipes and bongs and 2) the awesome political sway organized (and angry) parents could have on a then nascent cannabis law reform agenda.

From 1972 to 1976 there was an explosion of cannabis arrests in Nixon’s declared ‘War on Drugs’ with approximately 1,600,000 cannabis consumers, cultivators or sellers in total were arrested by federal, state, county and local law enforcement (double the amount of cannabis arrests from 1968-1972).

Gallup polling indicated that from 1972-1976 public support for legalizing marijuana—ironically too, the arrest rate for cannabis—nearly doubled from sixteen percent in 1972 to twenty-eight percent in 1976 (this would be the zenith for public support in the US until 1999, when, after a dip down to twenty-five percent in 1985, support for legalization finally rebounded to the twenty-eight percentile, a twenty-three year period of time marked by little-to-no marijuana policy reforms).

Along with the advent of High Times Magazine in 1974, the 1970s sees the flourishing of numerous marijuana-themed publications such as Stone Age, Head, Rush, Stoned, Home Grown and Flash.

The base advertising for all cannabis-related publications then—and now—is, essentially, paraphernalia. As previously mentioned, paraphernalia becomes the Achilles Heel of cannabis law reform by the mid 1970s, providing great impetus for local groups of organized parents to rally against businesses who they perceived as harming their children’s health and safety.

In 1974 the National Institute on Drug Abuse (NIDA) issues its first contract for a cannabis farm, where the product is to be used for medical and scientific research. The first—and only— contract issued all those years ago was granted to the University of Mississippi at Oxford, where ‘The Farm’ still produces all of the US government’s supply of research cannabis (which has been and still is totally inferior product).

Arguably, much of the US cannabis law reform advocacy circa 1970s has been both inspired and influenced by one country’s uniquely established public policies concerning cannabis products: The Netherlands

In 1976 the Dutch parliament officially decriminalized adult possession of cannabis, and not long after, due to the popularity of a coffee shop in Amsterdam named the ‘Yellow Submarine’ where cannabis was being openly sold and used (similar to alcohol products in bars and clubs), a number of so-called ‘cannabis coffeeshops’ emerged in The Netherlands, where, for all and intent purposes, it was publically acknowledged that cannabis prohibition failed and that ‘keeping cannabis illegal, while tolerating sales and social use settings’ an effective, pragmatic and practical economic public policy.

Without the courage and foresight of the Dutch, cannabis law reforms in North America might have been forestalled for decades longer.