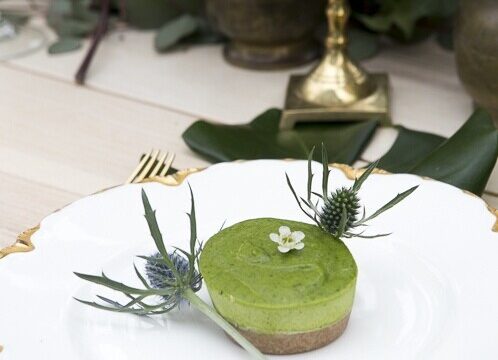 It was a beautiful Tuesday in March, the first day of Spring. Is there a more perfect day for a wedding to take place? Nope. Did I know the bride and groom? Nope. What I did know is this was a cannabis-themed wedding, and everything about that just sounded right. So, I went.

Whoever thought of that concept had to be a true stoner like me. Luckily, I knew the brains behind the operation, so I wouldn’t be a complete crasher. My beautiful friend Waverly is a special event and wedding planner (she might be the best in the city, no bias). We’ve both definitely bonded over our love of the flower. After countless success stories with traditional weddings, she was ready for her next challenge: the 420-friendly wedding of the year.

While the wedding didn’t actually take place on April 20, it was chosen specifically so the professional photos would be ready to print and publish on marijuana’s biggest day. I had absolutely no details on the itinerary for the day, other than that I was going to soak up the love — the real, authentic love that was in the air. This wasn’t just any romance, this was a love affair between two weed-lovers.

Even better is the story of how they met, which I learned throughout the day. Piece by piece, it all came together in the end. Still with no knowledge of what awaited me inside, and an intense anxiety that I was going to get caught, I pulled up to The York Manor in Highland Park, 15 minutes outside of downtown Los Angeles. Thank goodness, Because I have a 15-minute rule when it comes to driving in the city. If it’s 20 minutes away, pass.

The York Manor proved to be an absolute SHRINE, a gorgeous space for any event — weed or no weed. The bright red paint that coated the space marked my destination on a very busy street, as I took a U-turn and come upon a parking spot right out front — rare. How this was open beats me, as every single other spot on the street was occupied. I almost felt invited. It was the marijuana gods looking out, I’m sure of it! 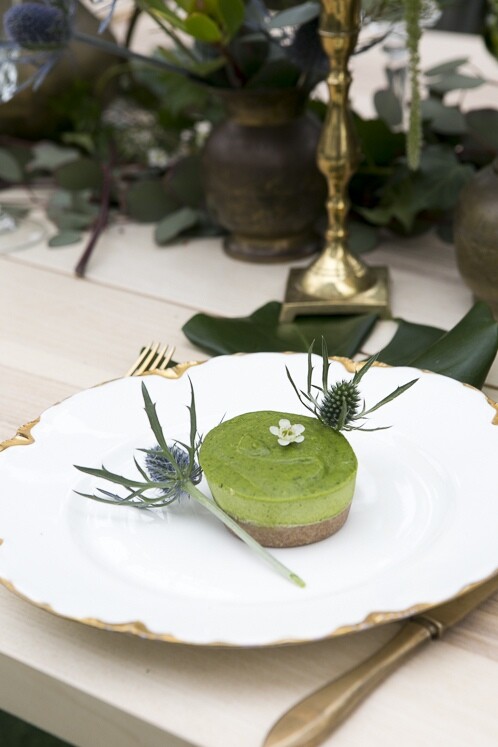 One peek inside, and the room was filled with guests in formal attire. Rule #1 when crashing a wedding: blend in. I was being subtle in a spring dress and boots, with full awareness that heels would yield noise and attract attention. We didn’t want that. Didn’t want people to catch on I didn’t know the bride nor the groom.

I was just here for the goodies, let’s be real. And also to get inspiration for my future wedding, because anyone who knows me knows that mine will be filled with endless marijuana and hip-hop. I recently visited Atlanta and we had this CBD spray to accompany us as we traveled, so truth to be told, I’ve been on the CBD hype lately. Whether it’s lip balm, lotion, or even pills, CBD products are the new wave. I was on the hunt for some at this wedding for sure.

I had arrived just in time for the reception and overheard wedding guests as they talked about how the couple, Donna and Theo, met. Apparently, he was a budtender at a pretty well-known dispensary in the city.

Since this spot was open late, most of the staff got to know their customers on a very personal basis. While Theo eventually went on to become manager of the shop, he was still the only one willing to work the 2 a.m. shift. One day, Donna came in and claimed she knew nothing about the different types of strains, explaining to Theo that she was actually going through a terrible breakup and needed to be medicated.

at a cannabis-themed wedding shoot. 🌱 pic.twitter.com/NOch40e974

The rest was history. Theo recommended Stone Road joints because Donna couldn’t roll, and it was those exact prerolls that laid next to each guest’s plate as they took their seats for dinner. Magical. This was symbolic of their love. We all have our favorite flowers, but imagine bonding with your soulmate over that specific one. Yeah, it would be at my wedding too.

Then, dinner was served and the munchies were coming in hot! Equipped with four dabbing stations around the property (two inside and two outside), the wedding guests were very much ready to grub.

While the actual menu itself did not actually contain THC, every meal was paired with a medicated drink from Gfarma Labs. The attentional to detail was not overlooked. As Theo and Donna began dating, they both discovered they loved going to the movies together. After realizing a vape pen disturbed fellow movie-goers surrounding them, they turned to the next best thing: cannabis lemonade. Served ice cold, guests could pick from four flavors: Original, Pink, Strawberry & Passion Fruit.

And don’t worry. If guests wanted to turn up, there was a specialty cocktail company that made cannabis drinks on site. LA Speakeasy came through in the clutch. They were able to whip up any drink you could think of, with a little touch of THC.

As we were fed our 3-course meal catered by Bossa Nova, the couple’s go-to spot when they’re stoned, we waited our turn as a lovely bong got passed around. In addition, under our seat was a token for either a Bloom vape pen or a G-pen. The bride adores the Bloom brand because of its smooth, buttery taste, while the groom stays loyal to his previous job at G-pen as a brand ambassador.

Moral of the story, we couldn’t lose. Either way, guests ended up with a top quality vape pen, prerolls to take home, bong and dab rips at their convenience, and a delicious THC-infused lemonade to wash it all down. And that’s not it. The wedding favors sealed the deal: CBD pills for the hangover to come, CBD bath bombs to relax the physical body, and specialty soaps to wash it all off. Inside the bag was also a 50 percent coupon to the dispensary Theo continues to manage, with tokens for $20 eighths and $5 grams.

Wedding of the year? I think so.