When the Butte fires roared through California in 2015, Calaveras County was devastated. The seventh-worst wildfire in the state’s history, county officials were looking for a way to recover and cannabis provided a sizeable new revenue stream and a windfall for the local economy.

County officials welcomed cannabis cultivators with open arms (and wallets) by quickly amending its laws to accommodate the farmers and their cash crops. An annual $5,000 fee was levied on each grower, generating millions for the revenue-strapped county and allowing other businesses in the area to flourish with lots of new residents to serve.

But just two years later, the county changed its mind. Under the pressure of residents no longer in favor of allowing commercial cultivation within county limits, the farmers were banned and no further licensing would occur, much to the dismay of countless business owners both inside and outside the cannabis industry. Suddenly, over 200 licensed tax paying businesses were left out in the cold, told to halt their operations within 30 days.

“The bait and switch a week after my wife and I paid the painful tax is heartbreaking,” licensed cultivator Jeremy Maddux said to The Sacramento Bee.

At the heart of this issue is a turnover in some of the seats on the Calaveras Board of Supervisors and a question of bias among new members who had vocalized support for the ban before being appointed to the board.

Marijuana.com spoke with Ralph Calderon, owner of Blue Mountain Collective in San Andreas, to gain insight about how this ban will affect not just the local cannabis industry but the overall economy in Calaveras County as well.

“It’s a very sensitive subject that no one has all of the answers to,” explained Calderon when asked why residents seemed to change their position on pot. “The frustration has just boiled over to some extent. There’s been a paradigm shift in the way the county perceives cannabis. But when you have sensible regulation, you see the ancillary businesses and revenue it brings into the county, what it does for the budget, etc. Most people, even those who weren’t necessarily pro-cannabis at the beginning, realize this county can continue to flourish.”

The dramatic shift in how the county views the marijuana industry raises red flags for business owners in the cannabis space, as establishing roots and becoming an integral part of the community is paramount to long-term success. It’s important to find out whether people soured on the constant debate itself or actual byproducts of allowing the industry to set up shop. We asked Calderon, who attended many of the board meetings on the matter, where he believed residents’ true feelings landed. 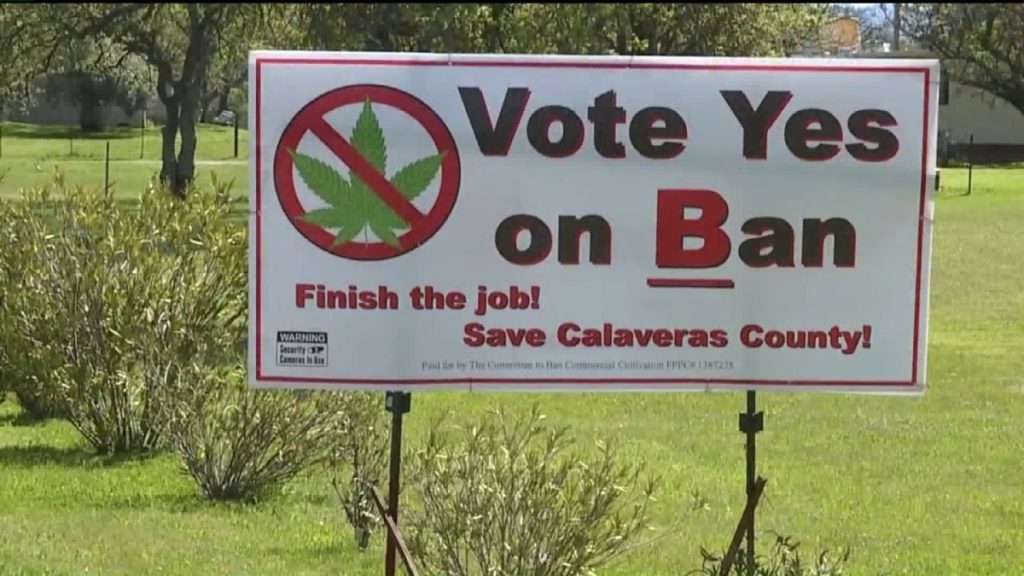 “I truly believe the residents who are against cannabis represent the minority in this community,” he said. “They’re just very vocal and they’ve done a great job getting to the forefront. After the Butte fires, there were some farmers from outside the county who came in and purchased properties, but the majority of properties remained with the original owners. Not every property that sold was to an outside buyer. Many of the farmers are Calaveras residents. But it makes for a good story and the “ban” side has done a very good job of focusing on that and using it as a reason to eliminate cannabis in the county.”

But it won’t just be the marijuana farmers who will be affected by this ban, as many outside the industry may end up losing their jobs as well. Even some government workers, namely the 26 hired to oversee regulatory aspects of the Calaveras County cannabis industry, may be left looking for work after the ban. These people were hired to fill roles in departments handling enforcement of the local laws, compliance with business codes, zoning and planning, and environmental services.

Additionally, county officials have estimated that a ban could negatively impact the county’s ability to identify and prosecute illegal grows if their budget is decimated. For example, the Sheriff’s Office has 11 positions funded, at least partially, by the county’s cannabis-derived resources.

“I believe it will have a detrimental effect on all businesses in the county,” said Calderon of the aftershock of the board’s decision to ban cultivation. “But it will become much more difficult for local dispensaries, and we’re already seeing it. It will be especially difficult for our patients to get the necessary medication. You can only buy from licensed distributors, so right now we’re having trouble sourcing local product. Anytime you restrict the availability of inventory, it will have a serious impact on the end user. I know some of the other dispensary owners in the county and they’re experiencing the same issues. It’s negative for patients and they will suffer as the supply chain gets increasingly bottlenecked.”

The board may even face unforeseen consequences because of their decision. Calderon told us much of the contention between the farmers and the board stemmed from questionable zoning regulations that amounted to a virtual ban on farming. Now, two board members who played major roles in enacting the ban, Dennis Mills and Gary Tofanelli, have been handed recall notices, meaning they could lose their seat at the decision-making table. Two separate groups each garnered the required 20 signatures (and more) to validate a recall. Residents calling for the removal of Mills and Tofanelli cited their disregard for the many health and wealth benefits cannabis cultivation brings the county.

Once the elections department certifies the signatures, each group will have 90 days to collect signatures from 25 percent or more of the registered voters in their respective district to warrant a recall election.