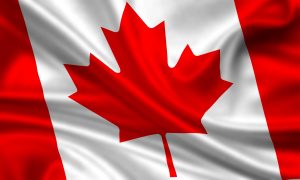 A Canadian medical marijuana producer announced a stock-purchase deal to raise 30 million Canadian dollars ($24 million) in capital, which it intends to apply to research and development.

After the deal closes later this month, Cronos will have raised more than CA$120 million since the beginning of 2017, including CA$40 million in debt.

Stayner, Ontario-based Cronos also said in a news release it has given the underwriters involved in the transaction the option to buy an additional CA$4.5 million worth of stock, which would increase the purchase to CA$34.5 million.

Cronos – traded on the TSX Venture Exchange under the symbol MJN – has been expanding its production footprint in Canada and overseas.

Its expanded indoor production facility in Stayner is on schedule to be operational before July, with the first harvest coming in August or September.

“We look at what will propel us forward in terms of product development, R&D, technology and a center of excellence for all of our operations,” he said. “The key here is that we don’t view this as just capacity.”