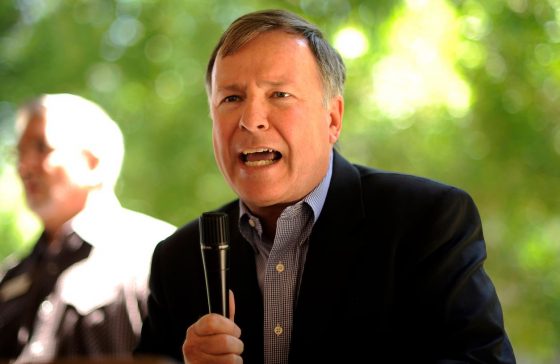 Noticeably absent was the signature of Republican Rep. Doug Lamborn of Colorado Springs. He also withheld his signature from a November 2017 bipartisan letter signed by 66 members of Congress requesting leadership extend the “Rohrabacher-Blumenauer” amendment, which forbids the Justice Department from spending federal funds to interfere with state medical marijuana laws.

But in an interview with Colorado Public Radio that aired Friday, the congressman staked out a marijuana position gaining traction in conservative circles: rescheduling marijuana to allow medical research.

“If nothing else, I would like to see the ability for researchers to study the medical effects of marijuana to see if the benefits are really there, as some people claim, and you can’t do that right now when it’s a level category one controlled substance,” Lamborn told CPR News. “So, at least let’s take the step of allowing marijuana to be available to researchers. Now, whether we go beyond that, I’m not sure I could support going beyond that.”

Under the Controlled Substances Act, cannabis is listed alongside heroin, LSD and ecstasy as a Schedule I substance — the strictest of classifications, defined as having a high potential for abuse and no “currently accepted medical use.”

Marijuana’s Schedule I status has stymied research and created a regulatory vacuum hindering full understanding of the potential benefits and harms of cannabis for medical uses. Studies that do receive federal approval have to utilize marijuana grown by University of Mississippi, the only federally approved cultivator. Researchers have long argued that the study drug does not accurately represent the potency and strains available to consumers in dispensaries.

Having marijuana on a lower rung would uphold the rights of states that have legalized the medical use of cannabis, allow for banking activities and create a clearer path for research, Gaetz said in an April interview with The Cannabist.

Gaetz last September also sponsored an amendment to the Consolidated Appropriations Act that wold provide protections for researchers of Schedule I substances in states that have legalized some form of medical marijuana.

“No one should be afraid to do research on medical cannabis,” Gaetz told The Cannabist in September.

His new position on rescheduling marijuana also aligns Lamborn — a high-ranking member on the House Armed Services Committee — with a growing cadre of influential veterans groups clamoring for the federal government to loosen restrictions on research into medical marijuana.

The Legion reiterated its call for rescheduling in November and released a survey that found 81 percent of veterans and 83 percent of caregivers support the federal legalization of cannabis to treat a physical or mental condition.