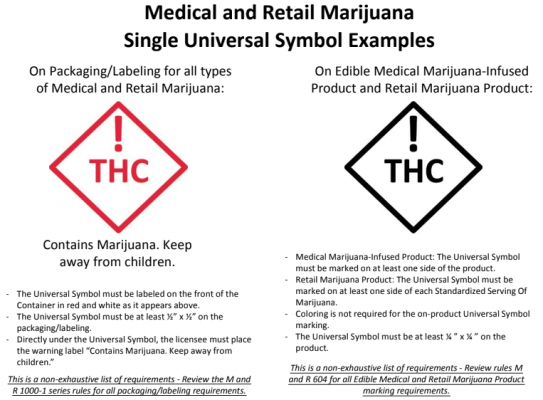 Colorado’s Marijuana Enforcement Division (MED) Monday released a new symbol to be included on packaging and labeling for all medical and retail cannabis products sold in the state.

“The adoption of a single universal symbol is part of our ongoing effort to protect public health and safety by enhancing consumers’ ability to identify products containing marijuana and reducing confusion stemming from two distinct symbols,” said Michael Hartman, executive director of the Colorado Department of Revenue, which oversees MED. “One truly universal symbol also works to simplify and improve industry compliance with regard to packaging and labeling.”

The new symbol was developed in concert with Colorado Department of Public Health and Environment (CDPHE) after a comprehensive review of the existing labeling requirements and extensive conversations with stakeholders during rule making, according to MED.

“Whether it’s used on retail or medical marijuana products, the universal symbol helps both consumers and non-consumers easily identify that a product contains THC and avoid unintentional ingestion,” said Karin McGowan, CDPHE’s Deputy Executive Director. “We’re confident that the integration of a single symbol will help streamline our public health message, which focuses on the importance of educating yourself, young people, and out-of-town guests about what the symbol means.” 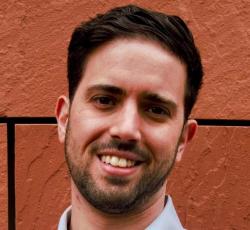