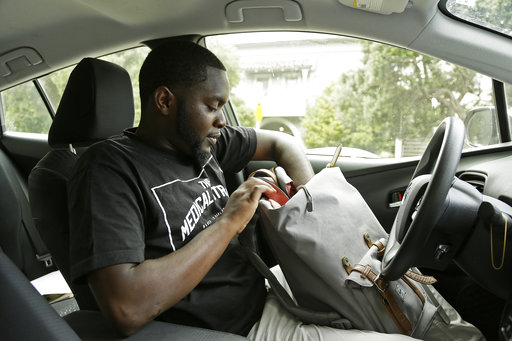 Colorado legislators are taking another spin through marijuana delivery regulations.

A new bill aims to establish a marijuana delivery pilot program in the state, allowing for home-delivered medical and recreational cannabis.

The language of House Bill 1092 is similar to some of the marijuana delivery provisions included in legislation proposed last year. They were scrapped after Colorado Gov. John Hickenlooper expressed reticence about such a proposal. Marijuana delivery would be a “hazard” and could draw the ire of federal agencies, he said.

This time around, the delivery proposal is a standalone bill with guardrails on the geographic extent of the deliveries, the number of licensed operations and the length of the trial period.

If approved, a state-licensed delivery provider could pick up medical or recreational marijuana products from a licensed dispensary or store and deliver the products to ID-bearing registered medical marijuana card holders or adults 21 years of age or older at a physical address. The delivery license holders would have to adhere to certain security and tracking measures; limits imposed on the amount of product in a vehicle; health and safety standards; as well as training requirements.

That distinction goes to Oregon, which last February granted delivery permits to more than 100 cannabis retailers across the state.

“Everyone said that they didn’t want Colorado to be the guinea pig on marijuana,” Singer said. “This time we let another state be the guinea pig, and we haven’t seen the negative effects from regulated delivery.”

In Oregon, the implementation of marijuana delivery regulations came with very few hiccups and has not resulted in any significant challenges related to aspects such as compliance, safety, theft and unauthorized sale to minors, said Mark Pettinger, spokesman for the Oregon Liquor Control Commission, which oversees marijuana regulations in the state.

Oregon took a slow, calculated and deliberate approach to rolling out delivery regulations, and the state also established a robust set of checks-and-balances and regulations for the first-of-its-kind effort, he said.

For example, a licensed marijuana retailer granted state-authorization for delivery is allowed to deliver products to homes and apartments but not to “transient” dwellings, such as a hotel, dormitory or bed and breakfast. Deliveries are limited to between 8 a.m. and 9 p.m. local time, and the delivery person has to verify the identification of the person who placed the order and cannot deliver product to a person who is visibly intoxicated. No more than $3,000 of product can be carried by the delivery person at at any given time in the vehicle, and those products need to be stored in a lock-box with a manifest be created for each delivery. The retailer is also required to keep the information about delivery transactions, including the name of the purchaser, for one year.

As of Jan. 26, Oregon had granted delivery licenses to 235 of Oregon’s 520 licensed retail marijuana operators, according to Oregon Liquor Control Commission data.

Under the provisions of the Colorado bill, the state licensing authority could enter into up to three memorandums of understanding with municipalities to allow marijuana delivery in those jurisdictions, according to the bill text as introduced Jan. 18. The memorandum of understanding could allow multiple municipalities to comprise a contiguous jurisdiction, according to the bill text.

Separately, the bill proposes limits for the number of licensed delivery operations. The state can issue up to 15 delivery licenses for qualified applicants, under the proposed pilot program.

If passed, the state could start issuing licenses on Sept. 1, 2018. By March 1, 2020, the state licensing authority officials would have to report back to the House of Representatives’ Business Affairs and Labor Committee and Senate Business, Labor and Technology Committee.

“This is hopefully going to decrease the incidence and the likelihood of DUIs, whether they’re related to alcohol or other substances,” Singer said, noting that the state currently allows for the delivery of alcohol and prescriptions.

The bill is scheduled for its first hearing on Feb. 7 in the House Finance committee.