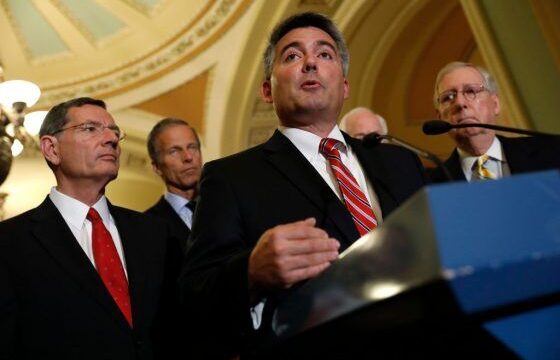 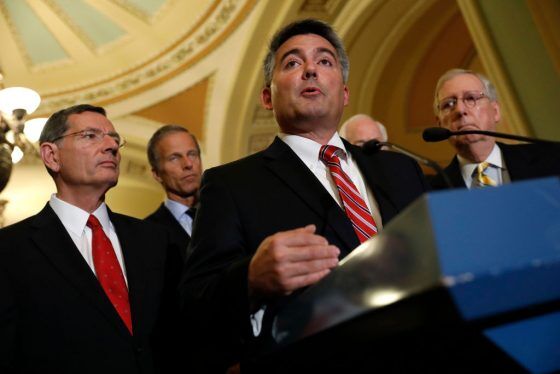 WASHINGTON — U.S. Sen. Cory Gardner said Wednesday that a morning meeting with U.S. Attorney General Jeff Sessions did little to settle their disagreement over marijuana policy — an impasse that makes it more likely that Congress will have to address the issue.

Gardner told Denver7, The Denver Post’s newsgathering partner, that Sessions gave no indication that he would reverse his decision last week to reverse an Obama-era policy — known as the Cole Memorandum — which generally left alone states that legalized marijuana.

“I think the meeting kind of went as I expected it to,” Gardner, R-Colo., told Denver7. “I shared my states’ rights position with Attorney General Sessions, and he shared his concern about the Cole Memorandum and why he rescinded it.”

Because Sessions isn’t backing down, Gardner said, he plans to pursue a legislative fix, either through a stand-alone measure or an amendment to bigger bill.

One idea that has gained traction among Colorado lawmakers is an amendment to a coming budget bill that would prohibit the Justice Department from spending money on marijuana enforcement in states such as Colorado that have legalized pot.

“We’ll be looking at appropriations legislation,” Gardner said. “We’ll also be looking at broader legislation to address this issue. As you know, I opposed the legalization, but the fact is, this is a states’ rights decision, and that’s the message I delivered very clearly today to the attorney general.”

Gardner has vowed to block Justice Department nominees until there’s a resolution on the marijuana issue, but it’s not known whether he would continue that blockade if Congress comes up with a fix without the help of Sessions.