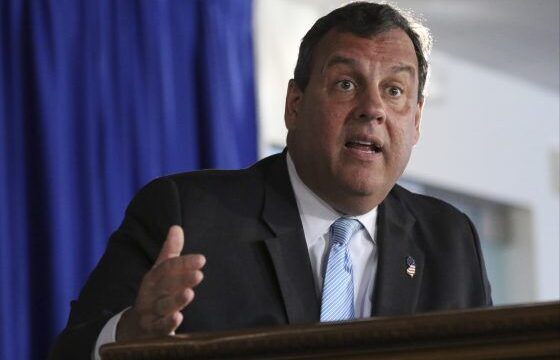 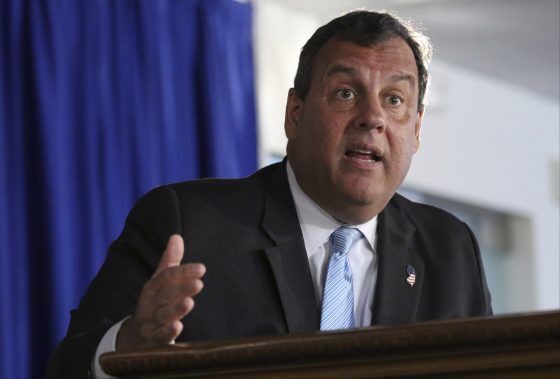 Democratic lawmakers introduced legalization legislation on the first day of the Legislature last week, but before we turn our eyes to the Murphy era, let’s take a moment to remember Chris Christie’s 10 hottest takes on marijuana.

“You wanna elect somebody else who’s willing to legalize marijuana and expose our children to that gateway drug and the effects it has on their brain, you’ll have to live with yourself if you do that — but it’s not going to be this governor who does it.”

“For the people who are enamored with the idea with the income, the tax revenue from this, go to Colorado and see if you want to live there,” he said. “See if you want to live in a major city in Colorado where there’s head shops popping up on every corner and people flying into your airport just to come and get high. To me, it’s just not the quality of life we want to have here in the state of New Jersey, and there’s no tax revenue that’s worth that.”

July 23, 2014:
When Christie was asked by Denver media during a visit to the city what he would say to the Coloradans who voted to legalize recreational marijuana, he answered plainly:

“I disagree with them.”

When the media questioned Christie about his radio show comments from April 20, 2014 he stood firm: “I’m not backing off an inch from what I said.”

Colorado Democrats took advantage of Christie’s visit to Colorado to voice their own disagreement with him:
[embedded content]

Hewitt: “Right now, we’ve got the states of Colorado and Washington flaunting federal law by allowing people to sell dope legally. If you’re the President of the United States, are you going to enforce the federal drug laws in those states?”
Christie: “Absolutely. I will crack down and not permit it. Marijuana is a gateway drug. We have an enormous addiction problem in this country. And we need to send very clear leadership from the White House on down through the federal law enforcement. Marijuana is an illegal drug under federal law. And the states should not be permitted to sell it and profit from it.”

Sep. 17, 2015:
At the Republican presidential debate in California, Moderator Jake Tapper quoted Christie as saying, “If you’re getting high in Colorado today,” where marijuana has been legalized, “enjoy it until January 2017, because I will enforce the federal laws against marijuana.”

First off, New Jersey is the first state in the nation that now says if you are non-violent, non-dealing drug user, that you don’t go to jail for your first offense. You go to mandatory treatment.

You see, Jake, I’m pro-life. And I think you need to be pro-life for more than just the time in the womb. It gets tougher when they get out of the womb. And when they’re the 16-year-old drug addict in the Florida county lockup, that life is just as precious as the life in the womb.

And so, that’s why I’m for rehabilitation, why I think the war on drugs has been a failure.

That’s why I’ll enforce the federal law, while you can still put an emphasis on rehabilitation, which we’ve done in New Jersey.

This is much different. And so, while he would like to use a sympathetic story to back up his point, it doesn’t work. I’m not against medical marijuana. We do it in New Jersey. But I’m against the recreational use against marijuana.

If [Rand Paul] wants to change the federal law, get Congress to pass the law to change it, and get a president to sign it.

Nov., 2015:
In an interview with Laura Ingraham:
“As a former federal prosecutor, I’ve been the most outspoken person in this race on this issue. I am completely, 100 percent opposed to drug legalization; that’s different than being for treatment.”

Sep. 15, 2016
Signing a measure allowing people to use marijuana if their PTSD isn’t treatable with conventional therapy:

Requiring conventional medical therapy to be ineffective in treating PTSD before medical marijuana can be prescribed is an appropriate threshold safeguard to deter misuse in the Medical Marijuana Program. However, in order to further deter abuse, I am directing the Commissioner of the Department of Health to promulgate additional regulations that provide clear objective criteria regarding the use of medical marijuana for PTSD.

Nevertheless, the mere potential for abuse by some should not deter the State from taking action that may ease the daily struggles of our veterans and others who legitimately suffer from PTSD. Accordingly, I am approving inclusion of PTSD as a debilitating medical condition in the Medical Marijuana Program.

Nov. 26, 2016
On his regular radio call-in show, the governor criticized a resident who called him the only impediment to legalization. Christie argued that approving marijuana would clear the way for cocaine and heroin legalization, and said he would not agree to “poisoning” young people for the potential tax revenues:
“To me, legalization of marijuana for tax purposes — and that’s the only way people justify it because you can’t justify it any other way — is blood money. That’s what it is to me.”

June 26, 2017
Christie ridiculed a hearing last week in the Democrat-led Senate on new legislation making its way through the statehouse to legalize marijuana as a “dog-and-pony show.” “I’m not changing my mind on [legalization].”

Nov. 1, 2017
Christie, as chair of President Donald Trump’s commission on the opioid crisis, issued a cover letter on a report from the commission. The commission specifically declined to endorse the use of marijuana for pain, despite some studies suggesting that access to marijuana may decrease opioid deaths. Christie said in his cover letter to the president:
There is “a lack of sophisticated outcome data on dose, potency and abuse potential for marijuana. This mirrors the lack of data in the 1990’s [sic] and early 2000’s [sic] when opioid prescribing multiplied across health care settings and led to the current epidemic of abuse, misuse and addiction. The Commission urges that the same mistake is not made with the uninformed rush to put another drug legally on the market in the midst of an overdose epidemic.”

Nov. 27, 2017
After Murphy won the election for governor to replace him, Christie criticized the notion of collecting tax revenue on legal marijuana to help with budget woes:
“It’s blood money. It’s disgraceful and it’s disgusting.”