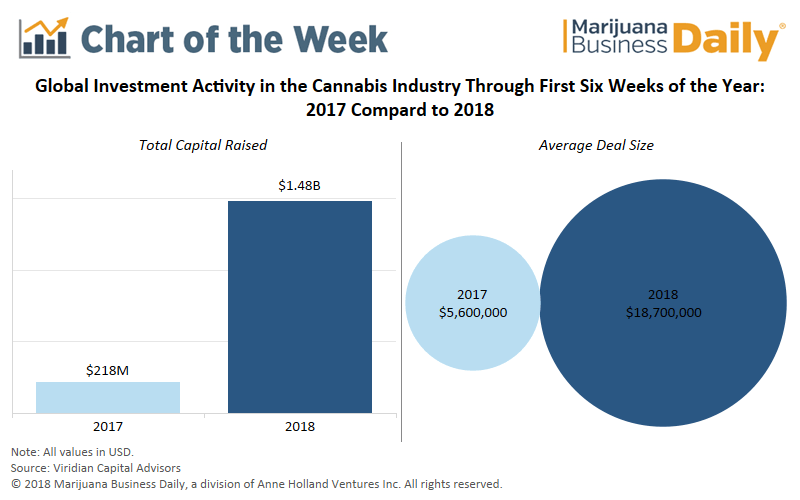 Investment activity in the cannabis industry has been increasing for several years, but 2018 is on pace to shatter previous records, as global financing in marijuana-related businesses topped $1.4 billion just six weeks into the New Year.

According to Viridian Capital Advisors, a New York-based market intelligence firm focused on the cannabis industry, that represents a 580% funding increase compared to the same time in 2017.

If current trends persist, marijuana-related businesses could raise nearly $13 billion by the end of 2018 – four times more than the approximately $3 billion raised in 2017.

The sharp rise in cannabis industry funding is driven by investor interest in Canadian marijuana businesses.

The country is set to become the first G of Seven nation to legalize adult-use cannabis this summer.