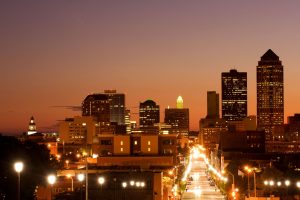 Iowa police who’ve been seizing CBD products off stores shelves have in some cases not been testing them to see if they contain illegal THC, adding to the confusion surrounding cannabidiol’s legal status in the state.

Some seizures have been from stores in eastern Iowa, while others have been northwest of Des Moines.

“CBD products seized in the investigation are marijuana under Iowa law. It is illegal to possess or distribute them,” Muscatine County Attorney Alan Ostergren said in a statement.

But he also acknowledged that authorities who seized CBD products from five stores in Muscatine did not request testing for all the items taken.

One store owner said she checked with local police before carrying a CBD product, was told it was fine and then watched authorities seize the product less than a month later.

“I just want it to be clear: What’s legal and what’s not legal?” Carrie Bluml, owner of the Nature Ammil store in Carroll, told the Register.

The newspaper reported that stores throughout Iowa, including health-food outlets and vape shops, are selling unregulated CBD products.

A manufacturer of some of the products seized criticized police for not knowing about the CBD they seized.