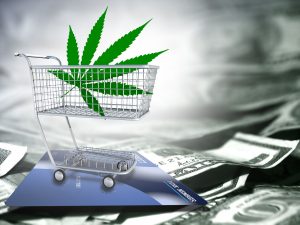 Canopy Growth has become the first major licensed producer of medical marijuana in Canada to announce plans for its own stand-alone retail recreational cannabis outlets.

The Smiths Falls-based company aims to have its sales outlets up and running by the time cash registers ring in the launch of Canada’s multibillion-dollar recreational marijuana industry this summer.

A Canopy official told MJBizDaily the company is exploring retail options in provinces where private sales are going to be legal.

Those provinces include Newfoundland, Saskatchewan, Manitoba, Alberta and British Columbia.

So far, Newfoundland is the only province that Canopy says it’s “solid” on — with four outlets in the works.

Canopy confirmed it had a team scouting potential retail locations on the island last week.

“We’re a vertically integrated business that has been focused on customer service since day one,” Canopy spokesman Jordan Sinclair said. “We also operate brick and mortar locations in our Tweed Main Street Shops, so it’s natural for us to want to layer on a retail component.”

In December, Canopy entered into the largest provincial cannabis supply agreement to date – agreeing to supply Newfoundland and Labrador with 8,000 kilograms (17,637 pounds) of cannabis products annually for two years.

Canopy also agreed to establish a new production facility in the province capable of producing 12,000 kilograms per year.