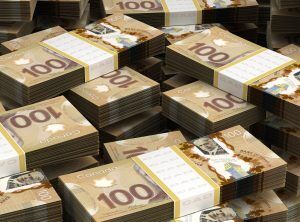 Cannabis companies in Canada have access to tens of millions of dollars worth of financial incentives from provincial and municipal governments – if they know where to look.

So far, various levels of government in six provinces have offered incentives to cannabis-related businesses in the form of direct subsidies, tax credits and other financial sweeteners.

“And while these incentives are open to any industry,” he added, “cannabis is different because it’s new and it’s being created out of scratch,” so companies need every dollar they can get to fund facility expansions, branding and research and development.

More than any other province, New Brunswick is banking on legal cannabis to be an important part of its economy.

The province has outlined financial incentives for producers, funded research chairs at universities and developed a community college program for cannabis technicians.

More than 50 cannabis-related companies have held discussions about setting up shop in the province due in part to a payroll rebate the province offers, according to Jeff Hull, spokesman for Opportunities New Brunswick.

“These (rebates) are performance-based instruments and are only disbursed to a company once it has created and maintained the jobs for at least one year and provided proof of salary levels and employment,” Hull said.

The funding, he said, was “based on subsidized positions to be created over a three-year period,” for which the company has “leveraged a portion of the subsidy for new hires.”

“We have a relationship with the Atlantic Canadian Opportunities Agency to explore potential options and continue to engage all levels of government to explore options that will help us succeed in this industry and to create jobs and prosperity in the region,” Engel said.

While the provincial government has not developed any specific enticements aimed at cannabis companies, the town of Weedon, Quebec – population 2,800 – isn’t waiting.

In a unique deal, the community lured Vancouver, British Columbia-based MYM Nutraceuticals with the offer of 329 acres of land, valued at approximately CA$600,000, at no cost to the company.

“We were welcomed with open arms,” MYM CEO Rob Gietl said of the decision to put down roots in Weedon.

“There was also the opportunity to have an economic impact on the area, to generate 2,000 direct and indirect jobs, plus the primary power source in that part of the country is very economically viable.

“The resources are there; logistically it’s a good location.”

Companies could go directly to the local governments for breaks, “like subsidizing hydro,” he added.

Of the 35 companies that have accessed the province’s Capital Investment Tax Credit, only one is a marijuana company, Aurora Cannabis.

The two-year program offers a nonrefundable tax credit of 10% of eligible expenditures, up to CA$5 million.

Cannabis-related businesses are also eligible for other similar business incentives, such as the Alberta Investor Tax Credit, the Entrepreneurship Incubator Program and the Alberta Export Expansion Package.

Aurora’s chief corporate officer, Cam Battley, said his company “got the credit because we were making these investments in technology.”

Aurora used the CA$5 million credit to offset the cost of equipment and construction of its CA$120 million Aurora Sky facility adjacent to Edmonton International Airport.

The provincial government has offered CA$40 million in reduced sales remittances to Ontario-based Canopy Growth to assist in building a 150,000-square-foot production facility.

“It’s not technically a subsidy … it’s almost like an opportunity cost mechanism,” Canopy spokesman Jordan Sinclair explained. “As we sell product into their provincial distribution system, they would normally take a markup on that.

“So the transaction would include a per-gram markup that will be waived up to a certain amount.

“Rather than it being money from a pool, like a grant or subsidy would be, it’s basically them saying that, over time, we will charge you a little bit less than we normally would.”

The government has also put up CA$1 million in funding to develop an R&D program in the province.

Nova Scotia offers a refundable R&D tax credit of 15% of eligible expenses to ancillary companies, such as equipment suppliers, shipping and distribution, marketing, accounting and education.

“That said, Nova Scotia has a variety of programs across departments and agencies that are designed to help businesses grow.

“If a licensed cannabis producer were to apply to these programs, and met the criteria, their application would be considered.”

Incentives, programs and agencies open to cannabis businesses include:

“If more production supply is licensed in Manitoba by Health Canada, provincial incentives may be further reviewed.”

The province also has a research and development tax credit.

There are two main programs through the federal government that cannabis companies have benefited from:

“We’ve been the recipient of SR&ED for a number of years,” said Canopy’s Sinclair, whose company used the grants for research and development.

“We looked at different soil mediums and lighting combinations for different genetic variants and found the optimal combinations.”

“(Cannabis) is definitely a growing industry in Canada, and any emerging industry, if there are potential benefits to Canada, then we’ll be part of it,” she said.