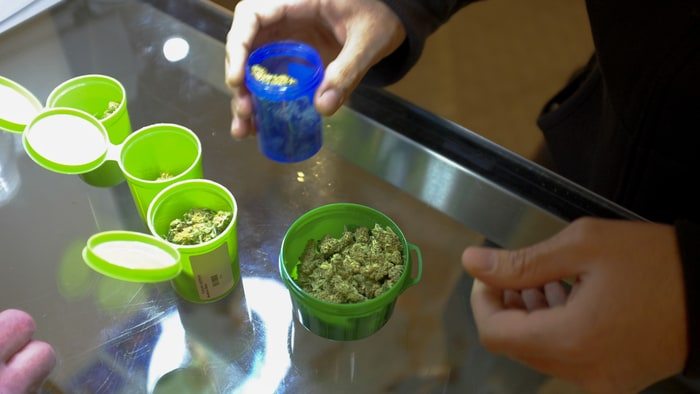 January’s been an eventful month in California. New Year’s Day saw the implementation of the long-awaited Medicinal And Adult-Use Cannabis Regulatory Safety Act (MAUCRSA), allowing Californians over the age of 21 to legally buy pot for recreational use. But a sense of chaos looms over the nascent industry. The onset of these complex rules has hurled businesses into a world of growing pains, and it’s also taking a toll on medical marijuana patients — the people the cannabis legalization movement was originally built on.

Steve Stevens uses cannabis to treat symptoms of AIDS and colon cancer. Living on Social Security in San Francisco, one of the most expensive cities in the world, makes purchasing $70-$80 eighths or $400-$600 ounces of flower (or its oil equivalent) nearly impossible. But thanks to Sweetleaf Collective, a 150-patient compassionate care non-profit that donates flower to low-income, terminally ill patients, Stevens has medicated daily for the last decade. [Read [email protected]]