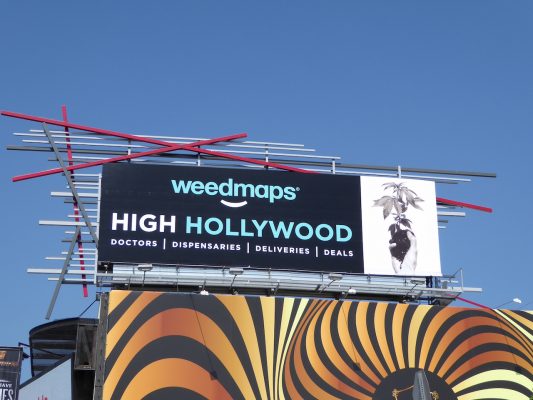 “You are aiding and abetting in violations of state cannabis laws,” states the letter from Lori Ajax, chief of the Bureau of Cannabis Control.

If the company doesn’t immediately drop advertisements for unlicensed businesses, Ajax said Weedmaps could face criminal and civil penalties, including civil fines for each illegal ad.

The letter is the only one that’s been sent to an advertising company, according to bureau spokesman Alex Traverso. But it’s one of more than 900 cease and desist letters his agency has sent to unlicensed marijuana businesses in California since recreational weed sales were allowed to start and licensing requirements kicked in Jan. 1. And Traverso said many of those 900-plus black market shops were discovered on Weedmaps.

Tustin resident Justin Hartfield founded Weedmaps in 2007 with company CEO Doug Francis. The site and its app help visitors find dispensaries and browse their menus, with shops rated much like businesses on Yelp.

Weedmaps has grown into an international juggernaut, with offices from Denver to Berlin. But much of that business has been built on ad revenue from unlicensed dispensaries, with 20 ads for marijuana dispensaries in Anaheim live Wednesday, for example, even though all cannabis businesses are banned in that city.

Weedmaps didn’t immediately respond to a request for comment on the letter. But during a February interview, company president Christopher Beals remained defiant on the issue of accepting ads from black market shops.

“The thing is, at the end of the day, we’re an information platform,” Beals said. “We’re showing the same information that Google and Yelp and Craigslist and 30 other websites are showing.”

Beals said he believes it’s up to states and cities to put in a solid regulatory framework and to permit enough licensed marijuana businesses to meet demand. That’s the only way to control the illegal market, he said.

“To sort of say, let’s pretend an illegal market doesn’t exist or that people can’t just type ‘dispensary’ into Google and find this information, it isn’t really realistic,” he said.

Related: Meet a technology developer who gives consumers a voice

Competing site Leafly.com – which also maps dispensaries along with ranking strains and offering other cannabis-related information – announced it was ditching ads from unlicensed shops as of March 1.

“The California state government has made clear that only licensed retailers and delivery services may advertise via technology platforms,” stated a Feb. 7 press release announcing the decision.

Leafly, which was also founded in Irvine and is now headquartered in Seattle, said it hopes to pick back up some of the clients it’s now dropping as the state continues to license more businesses.

“As of right now, like with the unlicensed operators, we’re communicating with Weedmaps,” Traverso said. “There is no immediate action planned.”

In the meantime, it looks like business as usual at Weedmaps.com, with hundreds of dispensaries listed throughout the state even though they’re only licensed in perhaps 20 percent of California cities.

This story was first published on OCRegister.com