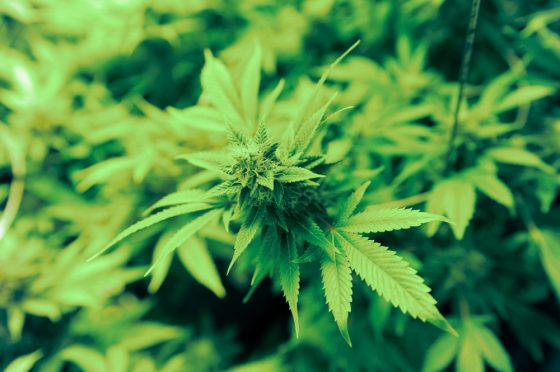 Hydroponics products now account for more than one-third of Scotts Miracle-Gro’s sales, but the lawn-and-garden company’s foray into the ancillary wings of the volatile legal cannabis industry has been choppy as of late.

The hydroponics sector’s customer base includes a fair share of marijuana cultivators, meaning the nascent and uncertain nature of state-legal cannabis regimes could bring plenty of ups and downs for companies that operate within that space.

As such, a “logjam” in the rollout of California’s recreational cannabis regulations put a pinch on Scotts’ quarterly earnings and dampened some near-term revenue expectations for its hydroponics-focused Hawthorne Gardening Co. subsidiary, company officials reported Tuesday.

California counties running behind schedule in implementing cannabis programs and licensing operators coupled with the state’s bout with fires and mudslides, “clearly impacted our results,” Scotts CEO Jim Hagedorn said Tuesday in an earnings call with analysts and investors.

“I can’t tell you with certainty when we’ll see the numbers reverse,” he said. “Obviously, we didn’t expect this softness when we provided our full-year guidance on our last call. I can tell you we no longer expect to see 10 percent volume growth for Hawthorne that was outlined in our original guidance.

“For now, you should assume that the number to be flat, perhaps even down from last year, depending on the second half of the year.”

As a result, Hawthorne is accelerating some efforts to integrate acquired entities and implementing contingency plans to offset the shortfall, Hagedorn said.

Those plans consist of cutting day-to-day expenses such as marketing, sales support and bonuses, but do not include layoffs, wrote Jim King, Scotts’ senior vice president of investor relations, in an email to The Cannabist.

Scotts raked in $221.5 million during its fiscal first quarter, which ended on Dec. 30, 2017, a 7 percent increase from the $207.4 million recorded in the last three months of 2016. Officials said the revenue gains were bolstered by Hawthorne’s recently completed acquisitions.

“My understanding … is that of the existing grows in California, less than 10 percent of them are now licensed in the state,” Hagedorn said. “That’s just how long it’s taking, and the majority of the counties are trying to get their own regulations in order, which they have to do to make these permits happen — these permits to grow or retail.”

Hagedorn said he views California’s growing pains as a short-term issue and, perhaps, necessary in the formulation of a more professional environment.

“I think our view is this is a, while it’s a little bit of a pain in the ass, it’s what needs to happen as the country moves toward normalization of this product,” Hagedorn said. “And long term, we think it’s good, and it’s important for us.”