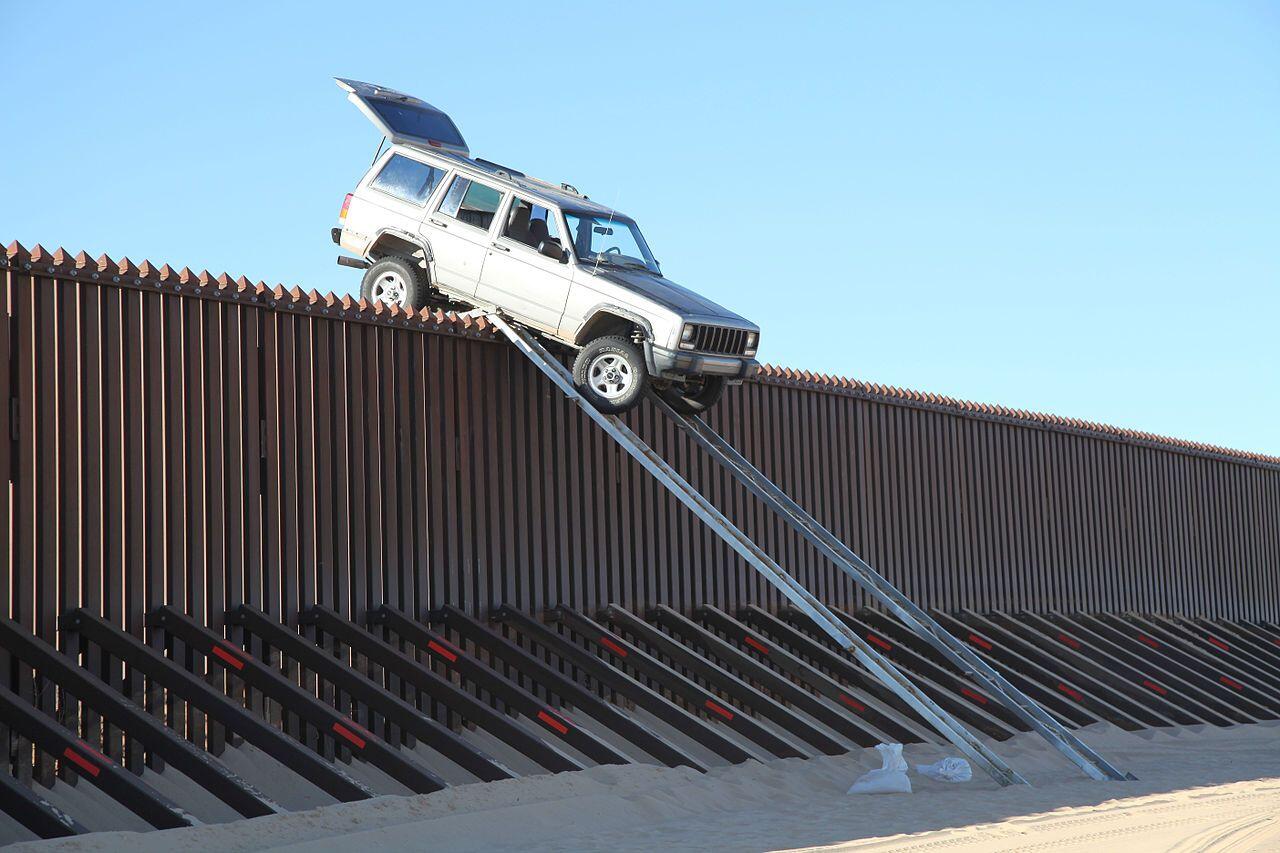 Drug smugglers tried to drive over the US-Mexico border wall near Yuma, Arizona in October 2012. (CBP)

It was a staple of his campaign rhetoric, and despite Mexico’s firm insistence that there is no way it’s ever going to pay for it, Trump’s desire for it is unabated. Now, he’s threatening to shut down the government unless he can persuade the Congress to make American taxpayers pay for it.

Last week, Trump claimed that “building the wall will stop much of the drugs coming into the county.”  That claim is yet another example of what CNN contributor Fareed Zakaria pungently referred to as Trump’s primary political product: bullshit.

“The wall will stop much of the drugs from pouring into this country and poisoning our youth. So we need the wall. It’s imperative… The wall is needed from the standpoint of drug — tremendous, the drug scourge, what’s coming through the areas that we’re talking about… So we will build the wall, and we will stop a lot of things, including the drug — the drugs are pouring in at levels like nobody has ever seen. We’ll be able to stop them once the wall is up.”

And here’s the reality: Trump’s own DEA and outside experts agree that building a wall along the 1,700 mile land border with Mexico will have little impact on the drug trade. Not only do drugs from Latin America enter America by sea and air as well as across the Mexican border, but the vast majority of drugs crossing the land border do so not in unfenced desert expanses, but through official ports of entry.

Mexican drug trafficking organizations “transport the bulk of their drugs over the Southwest Border through ports of entry (POEs) using passenger vehicles or tractor trailers,” the DEA said in its 2015 National Drug Threat Assessment. “The drugs are typically secreted in hidden compartments when transported in passenger vehicles or comingled with legitimate goods when transported in tractor trailers.”

Here’s how the DEA detailed trafficking methods for various drugs:

Methamphetamine: “Traffickers most commonly transport methamphetamine in tractor trailers and passenger vehicles with hidden compartments. In addition, traffickers send methamphetamine through various mail services or by couriers traveling via bus or commercial airline.

Heroin: “Most heroin smuggled across the border is transported in privately-owned vehicles, usually through California, as well as through south Texas.”

Cocaine: “Tractor trailers and passenger vehicles are frequently used to transport multi-kilogram quantities of cocaine. Cocaine is hidden amongst legitimate cargo or secreted inside of intricate hidden compartments built within passenger vehicles.”

Marijuana: “Large quantities of marijuana are smuggled through subterranean tunnels.”

A May 2017 DEA intelligence report obtained by Foreign Policy echoed the 2015 assessment. It, too, found that drugs coming from Mexico went indeed cross the border, but they mainly do so concealed in vehicles using ports of entry — not those unfenced expanses. That report also noted that drugs headed for the Northeast United States, especially from Colombia — the world’s leading cocaine producer, as well as source of opium and heroin second only to Mexico in the US market — come more often by plane and boat.

Drug traffickers “generally route larger drug shipments destined for the Northeast through the Bahamas and/or South Florida by using a variety of maritime conveyance methods, to include speedboats, fishing vessels, sailboats, yachts, and containerized sea cargo,” the report found. “In some cases, Dominican Republic-based traffickers will also transport cocaine into Haiti for subsequent shipment to the United States via the Bahamas and/or South Florida corridor using maritime and air transport.”

That report did not address the border wall, but its examples of how and where drugs enter the country show that in many cases, building a wall wouldn’t make a scintilla of difference: “According to DEA reporting, the majority of the heroin available in New Jersey originates in Colombia and is primarily smuggled into the United States by Colombian and Dominican groups via human couriers on commercial flights to the Newark International Airport,” the report found.

The report concluded with recommendations for reducing the drug trade, but none of them were about building a border wall. Instead, targeting foreign drug trafficking networks within the US “would be an essential component to any broad strategy for resolving the current opioid crisis.”

It’s not just his own DEA that is giving the lie to Trump’s bullshit. His own chief of staff, John Kelly contradicted the president’s position at a congressional hearing in April. Illegal drugs from Mexico “mostly come through the ports of entry,” he said. “We know they come in in relatively small amounts, 10, 15 kilos at a time in automobiles and those kinds of conveyances.”

Drug trafficking experts agreed with Kelly and the DEA — not Trump.

Brookings Institution senior fellow and long-time analyst of drug production and trafficking Vanda Felbab-Brown summed things up bluntly in an essay earlier this month: “A barrier in the form of a wall is increasingly irrelevant to the drug trade as it now practiced because most of the drugs smuggled into the US from Mexico no longer arrive on the backs of those who cross illegally.”

“The wall won’t stop the flow of drugs into the United States,” she told Fact Check last week.

Other experts contacted by Fact Check concurred. University of Maryland criminal justice professor and founder of the RAND Drug Policy Research Center Peter Reuter pronounced himself skeptical that a wall would have any impact on the drug trade.

“The history is that smugglers eventually figure a workaround,” he said. “There have been many promising interdiction interventions — none of them have made more than a temporary dent.”

And Middle Tennessee State University political science professor Stephen D. Morris, whose research has largely focused on Mexico, came up with two reasons the border wall would not stop drugs.

“First, as you say, most drug shipments come disguised as commerce and are crossing the border by truck or in cargo containers. Human mules, to my knowledge, bring in a small fraction,” he said. “Second, smugglers adapt. Whether it is tunnels, submarines, mules, drones, etc., they are good at figuring out new ways to get drugs to those in the US who will buy them.”

It is a shame that Donald Trump’s ascendency has so coarsened and vulgarized our national political discourse. But his lies demand a forthright response. Bullshit is bullshit.