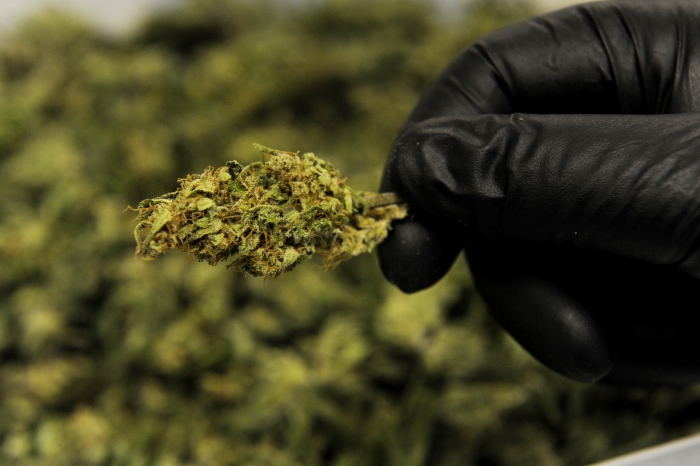 Most New Jerseyans believe that pot should be legal, after nine states and Washington D.C. legalized it for recreational uses. So does our new governor.

Yet as lawmakers prepare to take this up, we need to be on our guard against bogus studies; studies with misleading statistics that are starting to contaminate the debate in New Jersey.

Much of this is coming out of Colorado, one of the first states to legalize recreational marijuana, and a ground zero for disputes over its impact.

An oft-cited source is the Rocky Mountain High Intensity Drug Trafficking Area (RMHIDTA) report, put out annually by a federally-funded task force established at the height of the War on Drugs in 1990.

Its board remains dedicated to suppressing illegal drugs including pot, and that bias is obvious. This is the report, distributed by law enforcement lobbying groups, that naysayers routinely reference when they talk about why marijuana is bad.

Here are its three biggest myths.

1) More kids are smoking pot in Colorado since it was legalized for recreational use in 2012.

While recent use of marijuana among 11th and 12th graders may have increased, these rates are still lower than peak rates in years prior to marijuana legalization. So why does RMHIDTA cite the 27 percent of high school seniors who admitted to smoking pot in 2015, without mentioning the 35 percent who did in 2005?

The RMHIDTA defies best practices by looking only at marijuana DUIs and noting that they’ve increased. This is frowned upon by experts, because all it tells us is that more drivers are being tested for THC in their blood. That could simply show an increase in police vigilance, not drugged driving.

And because THC stays in your blood for up to a month, testing positive doesn’t say much about impairment. It just proves someone has used marijuana in the last several weeks. This tells us nothing about the driver’s condition at the time of the crash.

The RMHIDTA ignores any effects of putting illegal dealers out of business, and instead combs the news for those that still do exist – citing “case examples” like, “Pot Deal Ends in Gunfire when Buyer Realizes they Bought Broccoli.”

It highlights anecdotes – from a Colorado official pronouncing that marijuana is “a gateway drug to homicide,” to Ralphie May, a comedian who was almost too stoned to go onstage and “had trouble finishing a joke” – to argue that pot causes all kinds of crimes and calamities, without good evidence to back that up.

The truth is, states that legalized marijuana have seen dramatic decreases in pot arrests, saving millions of dollars and preventing the criminalization of thousands of people. And they haven’t seen the corresponding increase in youth marijuana use, driving under the influence or crime that some feared.

In Colorado, Washington and Alaska, the rates of pot use among high school students largely resemble national rates, a new report from the Drug Policy Alliance notes. There seems to be no correlation between marijuana legalization and crash rates either.

The crash rates in Colorado and Washington, the first two states to legalize, are statistically similar to comparable states without legal marijuana.

And the Colorado Department of Public Safety, a less biased law enforcement source, found that the total number of marijuana-related crimes has remained stable after legalization and makes up a very small portion of overall crime in Denver.

Those who argue against legalization in New Jersey, like Sen. Ron Rice, talk about “Big Marijuana” using private money to promote its own interests. But public money funds some of the most misleading data on the other side, like this RMHIDTA report.

Legislators have just begun to focus on these issues and ask questions. Let’s make sure they’re using the best information.