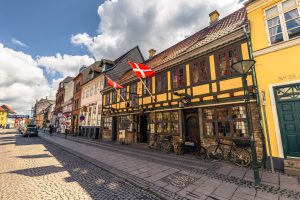 A Canadian medical marijuana grower is partnering with a major European greenhouse operator to create “Europe’s largest” medical cannabis producer in Denmark, becoming the second licensed cultivator to build a facility in the Scandinavian country.

Alberta-based Aurora Cannabis and Alfred Pedersen & Søn (APS) plan to form a joint venture called Aurora Nordic Cannabis A/S that will be based in Odense, Denmark’s third-largest city on the island of Funen, according to a news release.

Aurora and Canopy are traded on the Toronto Stock Exchange under the symbols ACB and WEED, respectively.

Aurora said construction of a 1-million-square foot facility will be conducted in phases, with the first 200,000 square feet scheduled for completion in the third quarter of this year.

Cam Battley, executive vice president of Aurora, told Marijuana Business Daily the company plans to complete the  1-million-square-foot facility by next winter. It is expected to produce 120,000 kilograms of medical marijuana annually.

“This is enormous for us,” Battley said.

What you need to know