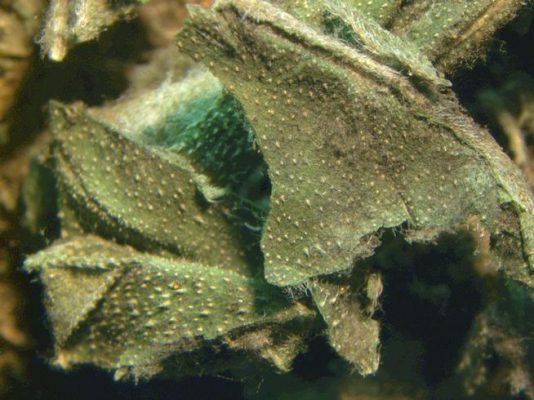 PHOENIX — A Republican lawmaker has persuaded nearly the entire Legislature to sign on in support of his proposal to require medical marijuana to be tested for mold and agricultural chemicals.

The proposal from Sen. Sonny Borrelli would appropriate $2 million from the state’s huge medical marijuana fund to do the testing. It also would lower the $150 annual fee that patients need to pay to get a medical marijuana card to $50 and $25 for a renewal.

Borrelli has 78 co-sponsors for his measure, including the Republican and Democratic leaders in the House and Senate. There are 90 members of the Legislature.

The Lake Havasu City lawmaker said Monday that he wants to ensure patients know what they are consuming.

“Customers need to know what’s going on with this stuff they are buying that they are convinced that it’s going to help them,” Borrelli said. “We want to make sure that they understand that it’s not as pure and organic as they think it is.”

The proposal was embraced by an attorney who represents medical marijuana dispensaries and other marijuana-related businesses.

“From an industry perspective I am certainly not opposed to it,” said Laura Bianchi, who heads the cannabis department at Scottsdale-based Rose Law Group and represents a large number of companies growing, distributing and selling medical marijuana. “In fact I think testing requirements are an important component of any medical product.”

Borrelli’s proposal would require the state Department of Agriculture to test for pesticides and other chemicals, paid for with the $2 million from the fund. The Health Services Department would set up testing to ensure marijuana is free of mold, and potentially write rules on potency testing, using money currently sitting in the fund.

The program would be funded by the state’s medical marijuana fund, which has $35 million available and is growing by the year because fees far exceed the costs of running the program.

Bianchi said the lack of a testing requirement is a “huge gap” in the state’ voter-approved medical marijuana program. She noted that many retailers are doing testing either in-house or through third-party labs.

She criticized the current $150 fee patients must pay annually to get or renew a medical marijuana card once they have a doctor’s recommendation, calling it “ridiculous.”

“No. 1, it’s something that a physician has said will help them medically, but it’s not covered by insurance so the cost can be great,” Bianchi said. “And then to have them pay that every year, I just think that’s an astronomical fee.”

A group of patients sued the state over the fee in 2016, arguing it was set well above what voters intended when they passed the 2010 initiative legalizing sales. A judge tossed the lawsuit, saying they didn’t have the right to sue over an administrative decision.

Democrats joined Borrelli at a Capitol news conference. Rep. Mark Cardenas said he worked with Borrelli in the off-session to negotiate on the proposal. He noted that the current costs for a medical card are a barrier to treatment for low-income patients.

Borrelli agreed, saying the lower fee is a no-brainer.

“It’s kind of hard for even the department to justify sitting on (nearly) $40 million,” he said. “So $50 is reasonable, a renewal fee of $25 is very reasonable.”

Because the proposal amends a voter-approved law, it will require a ¾ of the Legislature.

The legislation is Senate Bill 1420