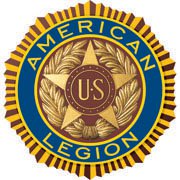 A poll commissioned by the American Legion in October showed record support among veterans for medical marijuana.

With polling showing Americans’ support for marijuana legalization has hit new highs, a new survey by the American Legion shows strong support within the military veteran community for medical marijuana research and legalization.

The “robo-call” survey commissioned by America’s largest veterans service organization polled vets and their non-professional caregivers in early October. It found that 81 percent of veterans and 83 percent of caregivers support the federal legalization of cannabis to treat a physical or mental condition.

“We already know that greater than 80% of the American public supports research into the efficacy of medical cannabis,” Joe Plenzler, spokesman for the American Legion, said in a statement to The Cannabist. “What this survey shows is that America’s veterans feel even more strongly about the need to study cannabis and its potential in treating, PTSD, chronic pain and other ailments veterans face every day.”

You can find a full video of the American Legion press conference releasing the poll results below, and read about some veterans’ stories here.