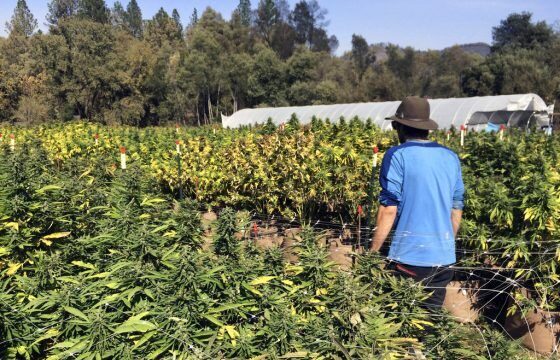 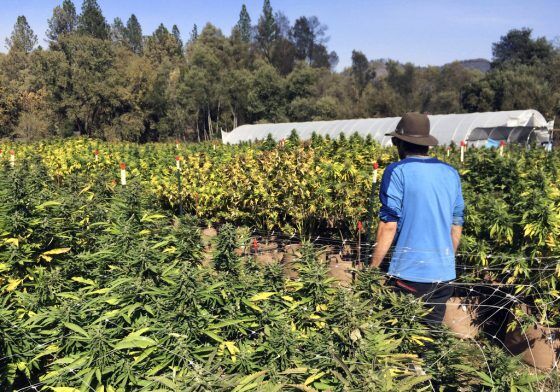 LOS ANGELES — An alliance of California marijuana growers filed a lawsuit Tuesday to block state rules that they fear could open the way for vast farms that would drive smaller cultivators out of business or send them into the black market.

It argues that state regulations would allow businesses to acquire an unlimited number of certain growing licenses, creating the potential for large operations that would have a “devastating effect” on smaller operations.

It says those rules conflict with state law that intended the new pot market to be built around small- and medium-sized growers during its early years.

“Approving large cultivation operations in 2018 will significantly reduce the ability of small and medium cultivators to compete economically in the regulated market,” the lawsuit said.

It also warned that smaller growers pushed out of the market could turn to illegal sales, undercutting the effort to establish a new legal marketplace in the state.

The California Department of Food and Agriculture, which issues cannabis cultivator licenses, didn’t immediately respond to a request for comment.

The lawsuit asks the court to block the state from issuing licenses that could be used to create vast pot farms.

It wasn’t immediately clear if any business had attempted to accumulate multiple licenses to establish a huge pot farm.

The state kicked off legal recreational sales on Jan. 1, part of a sprawling plan to transform California’s long-standing medical and illegal markets into a multibillion-dollar regulated economy, the nation’s largest legal pot market.

So far it has been a bumpy rollout.

Los Angeles, San Diego and San Francisco are among the cities that embraced legal sales, but others have banned them. There have been complaints about hefty tax rates. Meanwhile, there are concerns many businesses may remain in the illegal market, or that pot supplies could dry up in the legal market. And the licenses issued by the state so far are temporary and will have to be reissued later this year.