The province of Alberta made an announcement Thursday which further outlined the details of their provincial marijuana legislation.

As revealed on Oct. 5, the Alberta Gaming and Liquor Commission (AGLC) will be the central wholesaler of all cannabis products. Minister of Justice and Solicitor General Kathleen Ganley elaborated on the details Thursday, announcing that Alberta will allow for a privately owned and operated retail distribution system.

Further to this news, the AGLC will be responsible for all provincial online sales of cannabis and oversee the regulation and oversight of the private retailers. Details on licensing will be available in the new year.

“This legislation represents the culmination of extensive engagement and research on legalized cannabis,” said Minister Ganley. “It puts our province in a position to not only meet the federal deadline of July 2018, but does so in a way that is responsible and promotes public health and safety for all Albertans.”

Further details of the legislation include a minimum age of 18 to purchase marijuana. As well, there is a ban on any sales of cannabis and alcohol at the same location.

Albertans and tourists will be permitted to possess up to 30 grams of pot in public, and adults can grow up to four plants per household as per the federal guidelines.

Between June and October, the provincial government heard from more than 60,000 Albertans who provided input for the framework.

The announcement of private cannabis retail in Alberta comes on the heels of Québec’s legislation, tabled early Thursday, which calls for a strict government-monopoly on pot sales and a complete prohibition on homegrown cannabis. 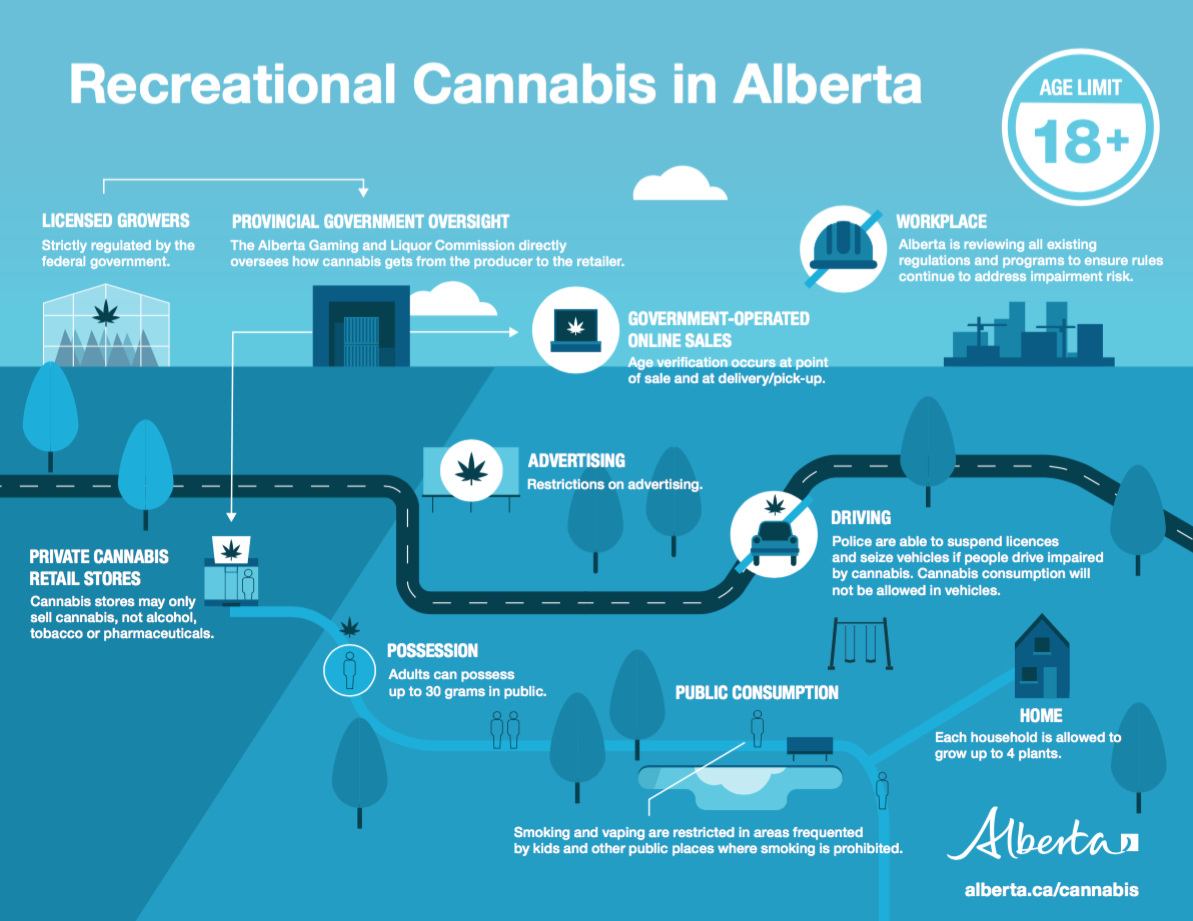