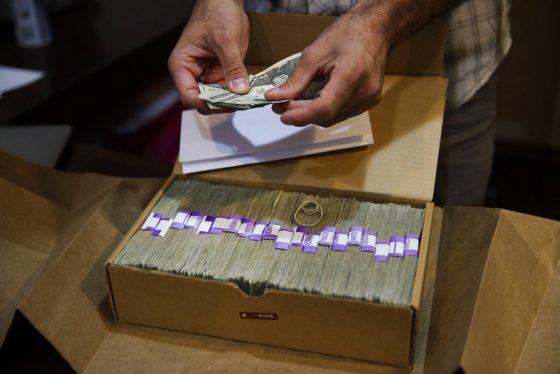 JUNEAU, Alaska — Alaska has raked in its biggest monthly haul in marijuana taxes, with just over $1 million collected in January.

Cultivation facilities pay the tax, which is imposed when marijuana is sold or transferred from a licensed grow facility to a retail marijuana shop or product manufacturing facility.

State law calls for half of the tax revenue to go toward programs aimed at reducing repeat criminal offenders.

A bill pending before the Alaska Senate calls for using an additional portion of the tax revenue for a marijuana education and treatment program.

The state says it has collected roughly $7.4 million in marijuana taxes since collections began in October 2016.