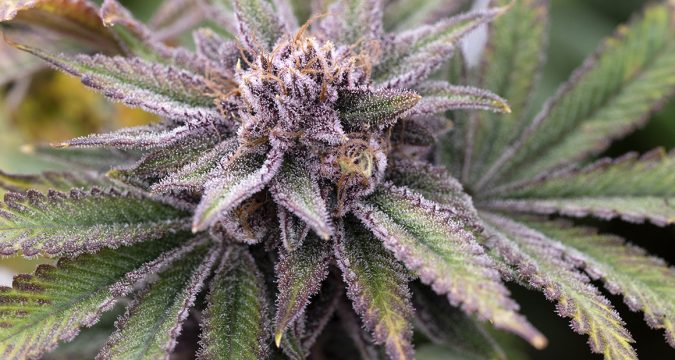 Some strains of Cannabis for health have created such a memorable reputation that they are known to stoners everywhere in the world. These varieties have gained their status and reputation through some unique characteristics derived from the genetics in question. Sometimes a very peculiar aroma, perhaps your harvest has an absurd yield, some stand out in the production of trichomes, others in their ability to produce cannabinoids, etc.

Whatever the reason for their notoriety, these strains are the best in the world of Cannabis, whether they are new genetics that have shaken the market or strains so old that they have already reached the status of legends in the industry.

Marijuana Map prepared this list for you with what we believe to be the 8 most popular strains in Brazil. The list was created based on the popularity of strains on the online search engine.   However, it is worth starting by pointing out that the list is not in any particular order of popularity.

Jack Herer was a cannabis activist whose book “The Emperor is naked,” published in 1985, continues to this day to be a valuable resource in the fight for the decriminalization and legalization of marijuana.

As a person, Jack Herer was an individual who fought hard to legalize hemp and marijuana. Their struggle must be considered and valued because it took place at a time when the legalization of the herb was not even considered a possibility in most of the world.

The strain created by Sensi Seeds in the 90s was named after Jack Herer.

Genetics is a mixture of Northern Lights # 5, Shiva Skunk, and Haze, which created a harmonious association between the energetic and euphoric effect of Sativas with the large resin production of Indicas.

Sour Diesel is an almost purely Sativa genetics, its proportion around 90% Sativa and 10% Indica means that there are almost no traces of the effects of Indica on the plant.

Although its genetic history is not 100% known, it is known that it was created in the 90s and probably originated from a cross between ChemDawg 91 and Super Skunk, two strains considered extremely potent.

The name Diesel is not in the strain for nothing: Genetics gives off an extremely strong smell reminiscent of gasoline or Diesel, with citrus notes in the background (which also explains the name Sour, which in English means sour).

Very famous for its unusual trichome production, White Widow is a balanced hybrid created by Green House Seeds. Made from a cross between a wild Brazilian Sativa and an Indian Indica loaded with trichomes, White Widow has been the main dish on the menus of all coffee shops in the Netherlands since its creation in the 90s.

The strain was already champion of the High Times Cannabis Cup in 1995 and has accumulated several other awards since then. As already mentioned, the strain gained popularity due to its intense production of trichomes, which makes it extremely valued in the production of hashish.

Popularized by Jimi Hendrix’s classic “Purple Haze” released in 1967, this Sativa-dominant strain (85% Sativa / 15% Indica) is one of the most famous in the world.

This haze conveys a mixture of earthy and sweet flavors highlighted by notes of wild fruits and spices.

The strain does not always produce purple buds. Some growers say that lowering the temperature in their growing room can help the purple color manifest. Still, the color will only affect aesthetics and not the potency of the herb.

Classic genetics of wild Sativa from the mountains of Santa Marta in Colombia, this strain is one of the oldest and most loved ones out there, having its peak of popularity in the 60s.

The strain gave rise to the famous Skunk # 1, a hybrid that has become a benchmark for crop quality in the Cannabis industry.

The plant’s buds are small to medium in size and have a light green tone mixed with yellow-orange trichomes, making them appear almost golden, hence the species name.

Northern Lights is a purely Indica strain and certainly one of the most famous in the world. A descendant of wild genetics from Afghanistan and Thailand, Northern Lights has given rise to several famous strains such as Shiva Skunk and Super Silver Haze.

Legend has it that genetics was created on the west coast of the United States, in Seattle, but was propagated and popularized in 1985 in the Netherlands by Sensi Seeds.

Its smell is strong and slightly spicy and emanates strongly from its buds, covered with crystallized trichomes. In some plants, buds may turn purple.

G Kush is a hybrid strain that is very famous worldwide, but its origins are somewhat mysterious.

Some say it is a mixture of ChemDawg and the Hindu Kush. Others say it is just a variation of ChemDawg genetics created in the 1990s in California. They also say it can be a random kind of bag of seeds mixed with some Amsterdam Kush.

Theories are diverse, but nothing changes the fact that the impact of this strain on the world of Cannabis was huge, having developed several other OG phenotypes from the original.

Genetics was the backbone of the cannabis industry in the western United States in the 1990s, particularly in California, where it was supposed to originate.

The Super Lemon Haze is a Sativa-dominant hybrid created from the cross between Lemon Skunk and Silver Haze. The genetics created by Green House Seeds was twice the champion of the Cannabis Cup in addition to winning several other awards.

As the name implies, genetics have strong traces of lemon. Its smell is citrusy and slightly sweet, while its flavor is everything one would expect by its name: Sour and sweet as if they were lemon candies.

Unfortunately, we know that access to some of these wonders is still a crime in our country, but we will never stop fighting for the day when we can legally grow and use our plants at home. However, if you’re looking for one solution to your cannabis packaging needs, then you’re welcome to visit our website anytime at your convenience.