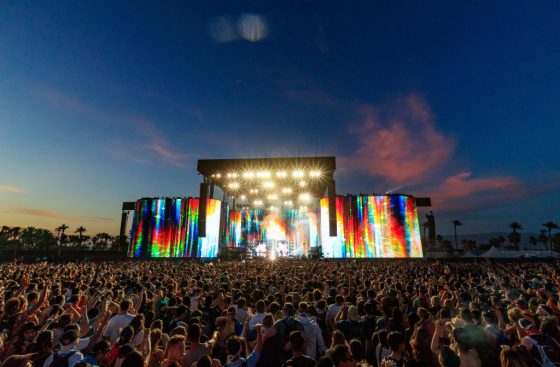 Will this year’s Coachella Valley Music and Arts Festival audience be more fired up than usual? Well, why shouldn’t it be?

After all, as of Jan. 1, pot is now legal in California, if you’re 21 or older and have no more than an ounce for your personal consumption on private property.

Conveniently, Coachella — which will be headlined April 13-15 and April 20-22 by Beyonce, Eminem and The Weeknd — takes place at Indio’s Empire Polo Club, which is privately owned and operated.

But no matter how many of the 125,000 daily attendees plan to take pot to Coachella, weed is still a no-no at the world’s biggest annual weekend music festival.

At least, it is according to coachella.com, whose “frequently asked questions” page includes the nearly punctuation-free: HEY SINCE MARIJUANA IS LEGAL NOW, THAT MEANS I CAN USE IT AT COACHELLA RIGHT?

“Sorry bro,” reads the answer. “Marijuana or marijuana products aren’t allowed inside the Coachella Valley Music and Arts Festival. Even in 2018 and beyond. If that changes we will update this answer.”

Related: Can you bring weed to Coachella or nah? The definitive answer

But the “frequently asked questions” pages indicates that some smoking devices are allowed, specifically: “Single use minis (a.k.a. cig-a-likes) are okay. Mid-sized e-cigs and vape pens are okay. However, no liquid refills will be allowed into the venue. APVs or mods are okay in camping, but will not be allowed into the venue. We used Google and found this reference page. If you’re still not sure if your kind is ok or not, then just assume it’s not.”

But e-cigarettes and vape pens can be modified to vaporize marijuana, which could lead to some confusion or blurring of the lines. And 2012 Coachella co-headliner Snoop Dogg just happens to market — among his many other pot-friendly products — a Snoop Dogg G-pen kit that is clearly designed for consuming weed, not writing. (One of Snoop’s marketing slogans is, incidentally: “Let’s medicate, elevate, and put it in the air!”)

What about edible pot products?

The Coachella website indicates that those camping at the festival can “feel free to bring your own food, beverages and coolers into on-site camping.”

As in recent years, locked metal drug “amnesty boxes” will be placed at Coachella festival entrances, allowing festival-goers who have second thoughts to stash their stashes.

There’s a catch, though: You can only make a deposit in the “amnesty boxes,” not a withdrawal.