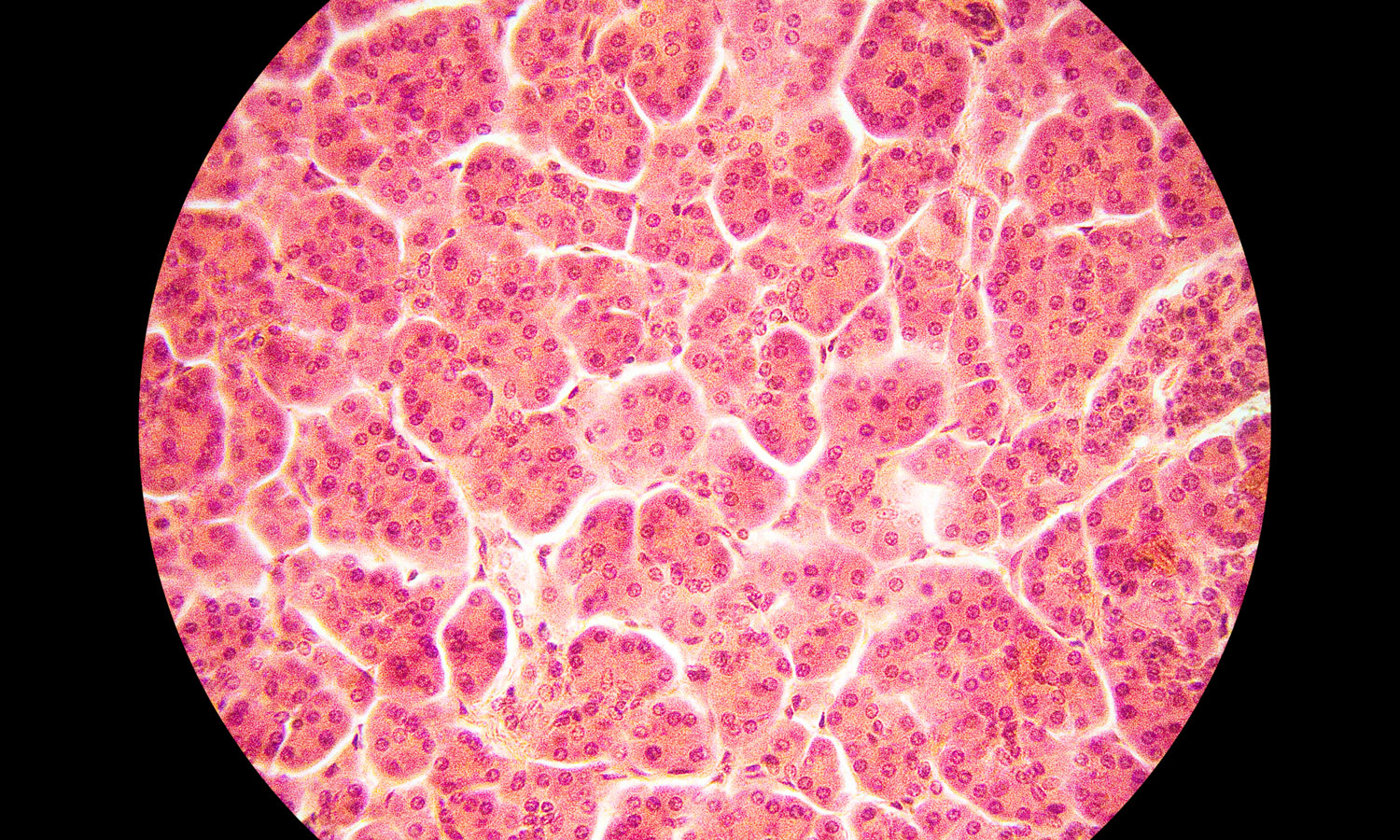 The pancreas is a large gland between the stomach and the small intestine. It is where the majority of your digestive enzymes come from and is also the body’s supplier of insulin. Because it trades in such caustic stuff, the pancreas occasionally gets burned by its own product—say if there’s a blockage from a gallstone. These painful episodes are called “pancreatitis.”

If pancreatitis lingers long enough (usually the result of heavy drinking) the gland can become scarred and inflamed. Cysts can form; there can bleeding and infection, and the damage can spread to other vitals, such as the heart, lung, and kidneys.

There’s not a lot the docs can do to treat chronic pancreatitis. They can flush out the gland with IV drips, remove any blockages, cut away dead tissue, and abjure the patient to mend their ways by giving up drinking, smoking, and fatty foods. Beyond that, they just medicate the pain, usually with opioids.

If you’re new to Rx, allow us to give you this tip: Treating inflammation is one thing at which cannabinoids are very good. So, if an ailment is characterized by swelling from an over-enthusiastic immune response, someone will inevitably recommend medical cannabis. Whether there is reliable evidence that cannabis works in this particular instance is another story, however.

In the case of pancreatitis, there’s not much medical evidence. And the results are mixed.

A 2013 study that appeared—appropriately enough—in the journal Pancreas found that the cannabinoid CBD had an anti-inflammatory in diseased mouse pancreases. An earlier study, from 2007, found not only that cannabinoids lessened inflammation, they also lessened pain.

That second point is very important. In fact, the report itself calls pain management not just the cornerstone but the “key cornerstone” of chronic pancreatitis treatment. Currently opioids are prescribed, but, as you may know, the nation is in the grip of a serious opioid-abuse epidemic. If cannabis could be used as a low-risk alternative, that alone would be a significant advance. Healing the pancreas would be icing on the cake.

On the other hand (to get all Tevya), there are a couple studies that suggest cannabis use can actually cause pancreatitis. To put them in perspective, though: One study acknowledges that the evidence is anecdotal, and the other calls these cases “rare.”

So the tentative takeaway: Cannabis seems to offer more help than harm, but is not the fix some say it is.