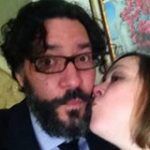 A long term study of New Zealanders published in JAMA Psychiatry shows that 20-year marijuana veterans are every bit as healthy as their straight-edge peers in every way but one: Weed smokers have worse teeth and significant gun disease.

And it’s not as though they’re just getting high and passing out on the couch before they can brush. The weed cohort is no less negligent of their pearlies than anyone else.

The people behind the report only crunched the numbers, so they don’t have any explanations. But if they go hunting for one, they should check out the archives for this report from 2009. In it, researchers first gave mice gum disease, and then followed that up with does CBD. After thirty days of cannabinoid treatment, they examined the mousey mandibles and found less bone loss than expected and less “neutrophil migration,” which we think means less indication of infection in the gums.

So cannabis, good for your gums or bad? Certainly we can’t say. But whichever path further science will illuminate, there is one point today on which we can all agree: A little personal preclinical trial of cannabis will infinitely improve any visit to the dentist.