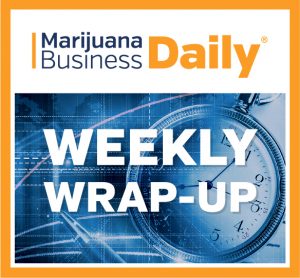 New Jersey’s governor appoints a marijuana advocate to a key position, Indiana hemp retailers are ordered to remove CBD products from their shelves, and an Oregon judge allows a vineyard’s lawsuit against a planned cannabis grow to continue.

Marijuana legalization supporters are understandably confident that New Jersey will soon have a recreational cannabis law after pro-legalization governor-elect Phil Murphy selected the head of the state’s cannabis industry association, Peter Cammarano, as his chief of staff.

And they have reason to be confident, said Ross Baker, a political science professor at Rutgers University. 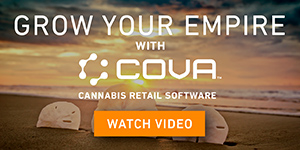 “To bring in as a chief of staff someone so prominently identified with the legalization movement would seem to be the first step in fulfilling that campaign promise,” Baker said, referencing Murphy’s vow to legalize adult-use marijuana.

Achieving that goal won’t be effortless.

“This is not a universally popular move in New Jersey,” said Baker, noting that several prominent Democratic senators and assemblymen are “uncomfortable” with legalizing recreational marijuana. “The governor is going to have to do a selling job.”

Other observers, however, believe adult use may already have enough support in New Jersey to pass.

And if Murphy, a Democrat, needs to spend some political capital to ensure legalization comes to fruition, he earned it by spending his campaign war chest to hire workers from the state’s county “political machines” to assist his overwhelming election victory.

“If the governor-elect wants to call in his chips,” Baker said, “he can do so.”

All things considered, Baker added, “barring some unusual development, I would say the chances of legalization are much better than 50-50.”

Indiana is a hot mess when it comes to cannabidiol, and a statement from the governor this week made it worse.

It’s legal, but you can’t sell it.

Or buy it. Or make your own.

And the Hoosier confusion got even more complicated when the governor told retailers they have 60 days to take CBD off their shelves, then pointed out the two-month window gives legislators time to change Indiana law so hemp-based products can be sold in the state.

“It’s so chaotic and embarrassing that something has to be done,” said Republican state Rep. Jim Lucas, who plans to introduce one bill authorizing CBD sales and a second measure to allow medical marijuana use.

The CBD confusion will likely continue until either Congress or a federal court finally decides whether CBD is an illegal controlled substance, like marijuana, or a legal nutritional supplement.

Lucas is betting that public opinion will prompt the looser conclusion.

“The public is overwhelmingly in support of CBD,” he said.

An Oregon wine grower’s lawsuit to prevent a proposed cannabis cultivation operation because of potentially detrimental “foul-smelling particles” could be a sign of things to come.

As the number of regulated cannabis cultivation operations increase, so will the possibility for conflict between mainstream companies and marijuana firms.

Northern California’s wine country is ripe for these types of problems.

When licensed cultivation operations come out of the hills of the Emerald Triangle and operate in the open, Sonoma County, for example, would be an ideal location for a cannabis farm.

It has a great climate for agriculture and a built-in tourism base.

But what to do if your grape-growing neighbors don’t see it that way?

Even if a cultivation operation is properly zoned and licensed by the proper authorities, nearby vineyards might still be unhappy about its presence.

“Don’t shock and awe them” by just planting cannabis and asking them to accept it, she said.

Instead, it might behoove growers to be proactive about buffering nearby landowners from cannabis odors.

Vineyards are often multigenerational businesses, and the owners are wary of newcomers.

“A lot of these communities are pretty tight-knit,” Nevedal said, pointing to Sonoma County as an example.

To avoid conflicts, she said, marijuana growers are going to have introduce themselves and prove their value to the community.