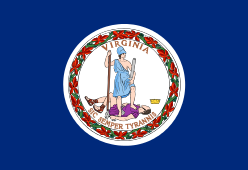 On Tuesday, Virginia was faced with a  choice between three candidates for governor, all of whom supported some kind of sensible marijuana policy reform. At the end of the day, they decided to back Ralph Northam, who was clearly the best candidate on this issue.

Northam, a Democrat, made marijuana decriminalization a centerpiece of his gubernatorial campaign, often describing the issue in racial justice terms. He also spoke about the medical benefits of cannabis.

Here’s a look at his statements and pledges on marijuana:

“We need to change sentencing laws that disproportionately hurt people of color. One of the best ways to do this is to decriminalize marijuana,” he wrote in a blog post early this year. “African Americans are 2.8 times more likely to be arrested for marijuana possession in Virginia. The Commonwealth spends more than $67 million on marijuana enforcement — money that could be better spent on rehabilitation.”

As a physician, Northam is “increasingly convinced by the data showing potential health benefits of marijuana, such as pain relief, drug-resistant epilepsy, and treatment for PTSD,” his campaign website says. “By decriminalizing it, our researchers can better study the plant so doctors can more effectively prescribe drugs made from it.”

The lieutenant governor also sent a letter to the Virginia State Crime Commission, which is conducting a review of the effects of potential marijuana decriminalization. “Virginia spends $67 million on marijuana enforcement – enough to open up another 13,000 pre-K spots for children,” Northam wrote. “African Americans are nearly 3 times as likely to get arrested for simple possession of marijuana and sentencing guidelines that include jail time can all too often begin a dangerous cycle of recidivism.”

During a debate, Notham mentioned that his father is a judge while making a point about the cost of enforcing marijuana laws.

MPP is looking forward to working with Governor-elect Northam and the legislature to pass beneficial marijuana legislation in the upcoming session.