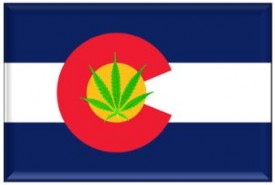 The top federal prosecutor in Colorado indicated his office unlikely to make any major changes in its enforcement stance toward legal marijuana businesses operating across the state.

U.S. Attorney Bob Troyer of the District of Colorado said his office’s policies already mesh with those outlined Thursday by Attorney General Jeff Sessions – and that he will continue to target MJ businesses that pose a threat to public safety.

“The United States Attorney’s Office in Colorado has already been guided by these principles in marijuana prosecutions — focusing in particular on identifying and prosecuting those who create the greatest safety threats to our communities around the state,” Troyer said in a statement.

“We will, consistent with the Attorney General’s latest guidance, continue to take this approach in all of our work with our law enforcement partners throughout Colorado.”

Sessions announced Thursday that the Justice Department would abandon the Obama-era Cole memo that allowed the cannabis industry to operate in states across America.

Sessions’ new stance will instead allow U.S. prosecutors in the 30 states and the District of Columbia with legal marijuana laws to decide how aggressively to enforce longstanding federal law prohibiting the sale and cultivation of the plant.