It took only 10 days for the country’s cannabis industry to reach nearly 1 billion Canadian dollars ($810 million) in funding this year, much faster than the seven months it took the industry to reach the milestone in 2017. 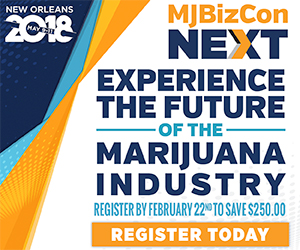 Under Maricann’s bought-deal transaction, the company said a syndicate of underwriters has agreed to purchase 17.5 million shares for CA$4 each.

The underwriters also have an over-allotment option that could bring the deal to CA$80.5 million.

Maricann, based in Burlington, Ontario, said in a news release it plans to use the net proceeds for capital expenditures and acquisitions.

Meanwhile, ABcann said in a news release that a syndicate of underwriters agreed to a stock-purchase deal for 11.5 million shares at a price of CA$3.50 each.

The syndicate also will purchase 30,000 convertible debentures for CA$1,000 each.

ABcann, based in Napanee, Ontario, also granted the underwriters an option for an additional 1.725 million shares and 4,500 convertible debentures for another CA$10.5 million.

The company said it plans to use the net proceeds to fund construction at its existing Vanluven facility and the planned Kimmett, Ontario, cultivation facility.