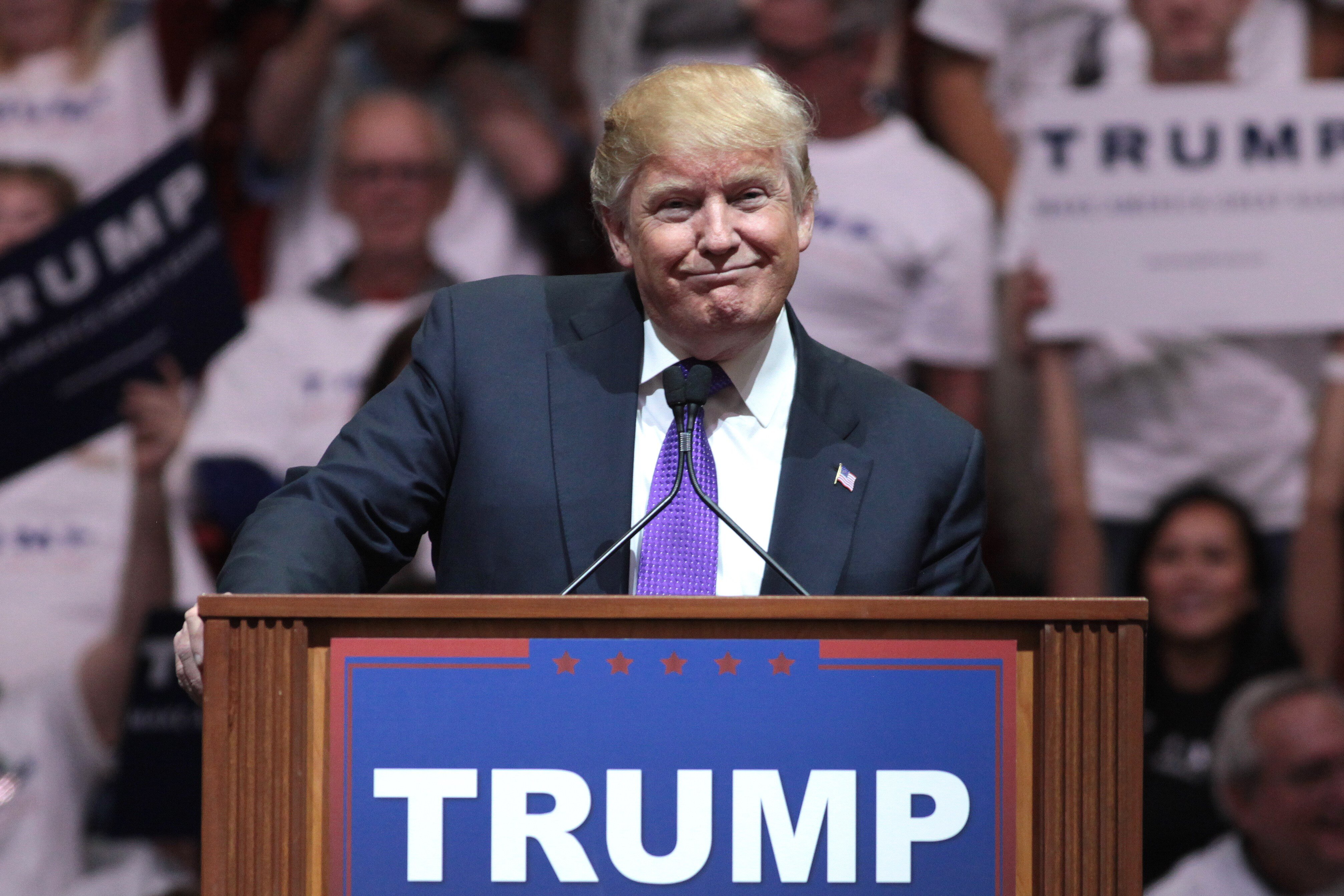 Donald Trump speaking with supporters at a campaign rally in February 2016. (Wikimedia/Gage Skidmore)

On Monday, President Trump is expected to announce a plan for his administration’s response to opioid addiction and overdose. Instead of focusing on overdose response measures that are known to work, the administration is reportedly planning to call for the death penalty for people who sell drugs.

“Rather than helping people at risk of overdose and their families, Trump is cynically using the overdose crisis to appeal to the worst instincts of his base, and pushing for measures that will only make the crisis worse,” Maria McFarland Sánchez-Moreno, executive director of the Drug Policy Alliance. “If this administration wants to save lives, it needs to drop its obsession with killing and locking people up, and instead focus resources on what works: harm reduction strategies and access to evidence-based treatment and prevention.”

Some of the measures Trump has endorsed in the past include steps to increase access to treatment and the overdose reversal medication naloxone, which would be helpful if implemented with a focus on evidence-based treatment and putting naloxone in the hands of individuals and community groups. But in practice he has done little to offer a public health response to the crisis. Nor has he endorsed effective measures like the establishment of supervised consumption sites, drug checking services, syringe access programs, 911 Good Samaritan laws, or evidence-based drug education. Furthermore, the administration’s efforts to gut the ACA and restrict Medicaid will dramatically reduce access to effective treatment.

Meanwhile,  the administration has been escalating the war on drugs and embracing discredited policies proven to worsen both mass incarceration and the overdose crisis. President Trump has repeatedly expressed support for “strong law enforcement” approaches to dealing with drug addiction.

Attorney General Jeff Sessions has pursued a hardline agenda on drug policy. Harsh sentencing laws have already been in place for decades, and have proven wholly ineffective at reducing drug use and addiction, while having devastating effects on people of color and other marginalized communities.

Evidence-based prevention, treatment, and harm reduction interventions can help to stem the tide of opioid overdose fatalities. The Drug Policy Alliance has detailed specific policy proposals in a recent report, A Public Health and Safety Plan to Address Problematic Opioid Use and Overdose. The plan offers more than twenty policy proposals that, if implemented, will increase access to effective treatment, expand harm reduction services, prevent further opioid misuse, reduce the role of criminalization and lessen incarceration, and decrease racial disparities.

“Any meaningful plan to address opioid overdoses has to begin with recognizing how the drug war has set the stage for this crisis, by driving drug use underground, depriving people of basic information about how to reduce the harms of drug use, and failing to invest in and overdose prevention and effective treatment,” added Maria McFarland Sánchez-Moreno.