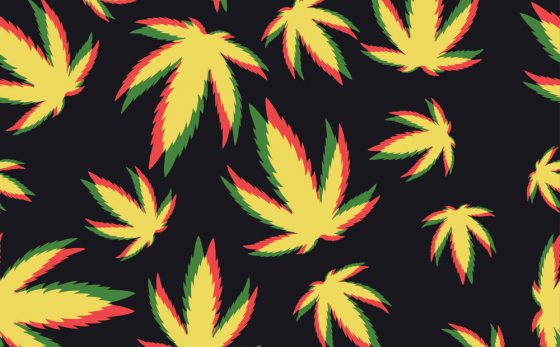 By Ian Gassman, Special to The Cannabist

Although it’s considered the month of love, February’s true passion is black history.

In honor of Black History Month, this SmokeSongs playlist is dedicated to the proud, passion-filled pursuits of black artists and the contributions they’ve made to our country’s music, art, culture and soul.

Not enough stoic perseverance for all these LPs? Check out The Cannabist’s SmokeSongs February playlist featuring strong rips from each featured record.

“Black Panther: The Album, Music From And Inspired By,” Kendrick Lamar, Various Artists

With the release of Marvel’s “Black Panther” last week, 2018 has witnessed the rise of the first black superhero: King T’Challa (a.k.a. Black Panther). Okay, the silver screen has been home to many black protagonists, including Django, Jackie Brown, Shaft, Blade and Luke Cage, but Black Panther is next level. He leads a technologically advanced, harmonious African nation and fights villains with cunning and strength (plus a pretty bad ass suit of armor). In this mixtape of music inspired by the film, Kendrick Lamar ponders what it means to be black and empowered. With the help of SZA, Anderson.Paak, Future and other heroic artists, Lamar juxtaposes current rap idioms with a futuristic vision of black life thriving without the stain of colonial tyranny, enslavement and oppression.

Paul Robeson was the epitome of both decisiveness and grace in the face of relentless struggle. His father was an escaped slave who became a preacher. His mother died tragically in a fire. He was the third-ever black student at his college and got pummeled on and off the football field after boldly joining the varsity team. He then became a lawyer, only to quit his practice due to blatant racism. Instead of fighting hatred with spite, he began to use his booming bass baritone voice and innate acting abilities to overthrow racism with art. “Live at Carnegie Hall, 1958” not only spotlights the spectrum of Robeson’s talent, but documents his political activism. Each monologue, hymn, gospel spiritual and showtune he performs carries a sense of defiance and hope, fanning the growing flames of the civil rights movement.

Not one to mince words, Nina Simone introduces the most pivotal track on her 1969 LP “Black Gold” with a cutting remark about race relations in America: “It is not addressed to white people primarily. Though it doesn’t put you down in any way, it simply ignores you. For my people need all the inspiration and love that they can get.” The song, “Young, Gifted and Black,” quickly became a civil rights anthem, while the record earned Simone a Grammy nomination for Best Female R&B Vocal Performance. She lost to Aretha Franklin. Compared to other soul stars of the time, Simone didn’t care about singing a certain way or fitting any one image. This effort shows how her raw, visceral delivery, freewheeling style and outspoken observations inspired her African-American contemporaries — including Franklin — to stop holding back and be themselves. In 1972, for instance, Franklin covered “Young, Gifted and Black,” winning her another Grammy. Simone wasn’t phased.

Considered one of America’s only original forms of music, jazz was born on a dusty street corner of New Orleans and raised on the improvisations of black musicians melding traditional African rhythms with ragtime marching bands and early blues tunes. It came of age through the roaring twenties, the swing era, and mid-century’s bebop craze. In 1965, John Coltrane launched jazz into avant-garde adulthood with his groundbreaking magnum opus, “A Love Supreme.” The moody four-part effort is an expression of spirituality — one that showcases the divinity of jazz music and black artistry. Through Coltrane’s supple, sometimes squawking tenor saxophone lines, carried by all-star drummer Elvin Jones, piano legend McCoy Tyner and bassist Jimmy Garrison, God’s love manifests itself as self-acceptance.

While poet Langston Hughes is no musician, there’s such an amazing musicality to his poems on black life that he deserves a shining spot on this playlist. During the Harlem Renaissance, a period in which black artists were “in vogue,” as Hughes humorously put it, he became a mouthpiece for a movement He wrote candidly about having no true identity as a black man in America. He plumbed the depths of the African diaspora in 100 words. And, in poem after poem, each rich with minimalist beauty, he offered humanizing insights into why once-enslaved Africans created their own sense of self through religion, food, art and music. Hearing Hughes read his own pieces about laughing in church or heeding a mother’s words of wisdom is mesmerizing.

In 1971, America was a totally different place than it had been just 10 years prior. The nation had been fully transformed by the civil rights movement, the counterculture movement, the assassination of multiple prominent leaders, a moon landing and the constant broadcasting of a horrific, seemingly endless war. The great Marvin Gaye had changed, too. After years of belting infections pop numbers for the Motown label, he decided to make “What’s Going On,” a socially conscious concept album inspired by his brother returning home Vietnam. In nine fluid tracks he hit on the racism he witnessed on tour and the pollution plaguing urban America. The glint of hope comes through in the tender musicianship of Motown’s Funk Brothers house band and Gaye’s exceptional voice.

The Cannabist’s Puffs of Passion Playlist

Fumbling across his Dell keyboard late one night back in the early aughts, Ian Gassman thwacked out the opening sentence to his first-ever music feature. It was mostly gibberish. Read more of Ian’s latest jabber on The Cannabist, via Twitter, or…