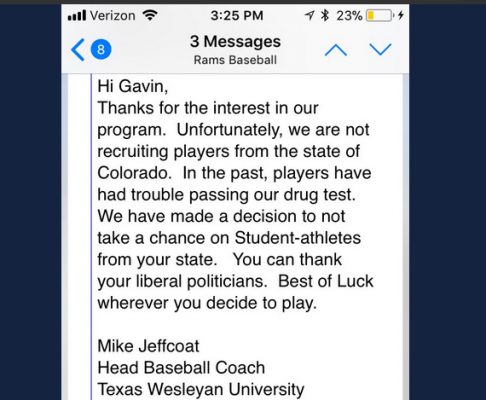 Mike Jeffcoat, the coach of Texas Wesleyan’s baseball team, has been fired over comments he made about Colorado recruits, the university announced Thursday.

“Mike Jeffcoat is no longer an employee of Texas Wesleyan University,” Slabach said. “He was separated from the university due to the discriminatory remarks contained in the email to a potential recruit from the state of Colorado, and for another factor that we have been investigating for the past week.”

Slabach said the additional factor was an NAIA rules violation regarding player eligibility. He said the university self-reported the violation.