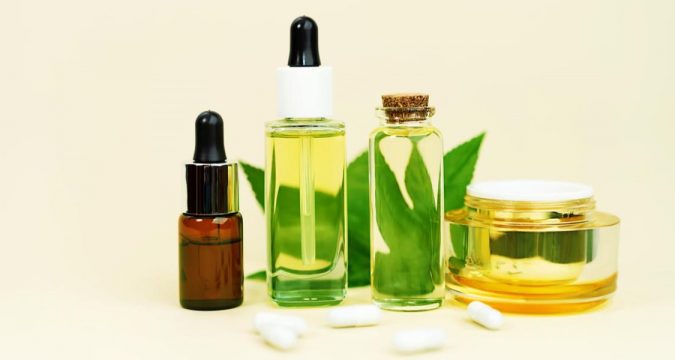 Many people are poorly informed on the differences between CBD and Mary Jane. Common folklore has made many leery of CBD, and unfortunately, their missing out on many health-boosting effects. With many places offering CBD gummies to buy, these are the myths you need to let go.

Contrary to what you may hear, neither CBD is not addictive. The same is largely true for marijuana, but there are exceptions. The answer lies in how these are different. You see, cannabis contains vast quantities of CBD, which gives it the ability to reduce inflammation, which helps to tame the pain.

However, the opposite isn’t true for CBD, as THC is not found in significant enough quantities to provoke a phycological effect. Therefore there is no reward for its use and thus no penalty for discontinued use.

For that reason, CBD is not an addictive substance. Given that THC is confined to a concentration no greater than .03%, there just isn’t enough to impair your senses.

This is a greater travesty than the last myth, as there are over 5,000 years of recorded use and health claims surrounding the cannabis plant. CBD is a derivative of weed, and thus both exhibit the same beneficial health boosts. CBD is better solely due to the lack of impairment it causes.

Also, research is happening all the time. Just four years ago, the WHO (World Health Organization) announced that CBD has “been demonstrated as an effective treatment for epilepsy.” Additionally, there are follow studies on the preliminary findings that suggest its effective for Cancer, M.S., and even diabetic complications.

CBD Use is Dangerous

Half true, but a half-truth is a whole lie. CBD on its own is safe. Our bodies produce cannabinoids that interact with CB1 and CB2 receptors (endocannabinoid receptors). Those receptor’s sole purpose is to bind with cannabinoids to regulate sensations ranging from panic to pain.

So while CBD its self isn’t harmful, the manor of ingestion can be. Vaping is known to irritate lungs as well as smoking can. But, creams, tinctures, and gummies are by all accounts safe. Lastly, in 2017 CBD was removed from the banned substance list for pro sport by the World Anti-doping Agency (WADA), further supporting its safe use.

While it won’t put you on cloud 9, CBD has shown the potential to cause a feeling of calmness, happiness, and connectedness. Additionally, preliminary findings suggest CBD is effective against anxiety and depression. CBD is psychoactive, it’s the only way its potential health claims are possible.

Looking for CBD Gummies to Buy?

Since CBD isn’t as scary as your parents may have said it was, it’s time you try it for yourself. If you struggle with poor sleep, anxiety, stress, depression, or chronic pain, CBD may finally grant you sweet relief. Head online or hit up your local store and find out why CBD is beloved by so many people worldwide.