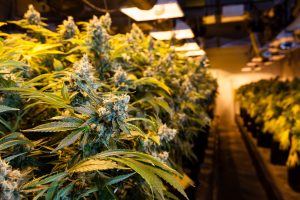 In an attempt to bolster their bottom line and maintain a solid position in the market, some stand-alone marijuana cultivators that don’t possess retail licenses are pushing for the right to open retail stores or even sell cannabis directly to customers.

As recreational marijuana supply increases and wholesale prices slide accordingly, stand-alone cultivators are feeling increasingly squeezed out of the cannabis market, particularly in states with license structures that allow for vertical integration.

Unlike stand-alone growers, vertically integrated businesses can process and sell cannabis after they grow it.

Several growers in Nevada have appealed to state regulators to change state rules to allow them to also own retail licenses.

They argue that vertically integrated operations are shutting them out by selling only cannabis they grow themselves.

Nevada allows retailers to apply for cultivation licenses, and the state hasn’t set a limit on such permits.

The growers’ concerns might be addressed this month by Nevada’s Legislative Committee.

“There are a lot of cultivators in town that are scared to death if they don’t get a dispensary (license),” said Greg Nelson, co-owner of Mother Herb, a medical and adult-use cultivation company in the Las Vegas area.

His company applied for a dispensary license when Nevada launched its medical marijuana market in 2013 but didn’t receive one.

Nelson’s Mother Herb has about 12,000 square feet of indoor canopy. By contrast, he said, several of Nevada’s vertically integrated companies are building out 50,000-100,000-square-foot cultivation facilities.

“There’s a worry that cultivation companies like mine may be run out of business because we don’t have a dispensary,” he added.

Nelson’s business currently is selling wholesale indoor-grown cannabis flower for about $2,200 a pound, down from about $2,400 a few months ago. Trim is selling for about $900 a pound.

Nelson expects to get another opportunity to acquire a retail license in the spring, when state regulators reopen the application process.

Nevada isn’t the only state whose stand-alone growers are struggling.

“If cultivators are going to stay in business, (direct sales are) going to have to happen,” said Sam Thoman, chief of business development at Strawberry Fields, a vertically integrated company based in Colorado Springs, Colorado.

Strawberry Fields has a 2-acre greenhouse.

“The only reason we’re safe is because we have eight storefronts,” Thoman said.

“We wouldn’t have anyone to sell to if (our company) wasn’t vertically integrated.”

Last year, Strawberry Fields could wholesale a pound of greenhouse-grown flower for $1,500.

The company’s currently getting $600 a pound because of overproduction in the state.

Even though Strawberry Fields is vertically integrated, Thoman said, he’d welcome the ability to sell directly from his cultivation facility.

“Instead, that’s what the stores are going to do.”

Strawberry Fields puts its own twist on that situation.

The company wholesales cannabis it grows to other retailers while buying pounds from stand-alone cultivators for $500 to sell in its stores.

The high number of Colorado cultivators with greenhouses who are competing against each other and don’t have retail licenses are driving down prices, Thoman said.

“If you don’t have shelf-space-to-consumer (sales), you pretty much don’t have an outlet,” he added.

Depending on how well a cultivator manages input costs, a pound of greenhouse-grown cannabis can cost about $300-$500 a pound to grow, according to Thoman.

“We’ve had people contact us and try to sell us pounds, and we’ve had to turn them away,” he said. “Right afterward, they’ve basically asked if we want to buy their greenhouse.

“They’ve all produced all this weed, and there’s no one to sell to.”

Thoman’s reaction to the market is to buy more retail stores, not invest in greenhouses.

Some cultivators who can’t find places to sell their cannabis have actually approached Thoman about the prospect of partnering with Strawberry Fields to buy retail stores.

“You have to have rules and regulations so everything’s not just going out the backdoor,” he said. “(Direct sales) certainly would be nice, but that will never happen.”

In other cannabis states, specifically those with fertile grape-growing regions such as Oregon, comparisons have been made to the wine industry, where customers can buy bottles of wine directly from the vineyard.

He’d like to see audits and inventory and compliance responsibilities remain at the retail level.

“These (retail employees) are trained,” he said. “It doesn’t make sense for anyone else to be serving consumers.”

But William Simpson, who owns a vertically integrated cannabis company in Portland, Oregon, doesn’t see why it would matter.

“I see that as a fine opportunity,” he said. “We want to normalize cannabis, right?

“Why would it be any different than beer or wine? You can go right to the vineyard who grew the grape and buy the wine. (Or) you can buy it at a restaurant or a bar or a wholesale retailer.

“There shouldn’t be any difference.”