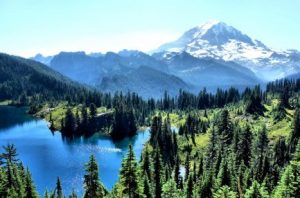 A budget proposal from Washington’s governor could spell doom for that state’s struggling hemp industry.

State agriculture officials have stopped issuing hemp licenses, and they say they’ll end the hemp program without an infusion of cash to pay for oversight.

The situation got more dire this week when a budget proposal from Gov. Jay Inslee did not include the $287,000 the hemp program needs, according to the Capital Press, which covers agriculture news in six Western states.

That means likely doom for Washington’s hemp program unless lawmakers override his decision to leave hemp out of the state spending plan.

“We understand the governor has to balance a lot of priorities. We are supportive of his budget,” said Hector Castro, spokesman for the state Department of Agriculture.

But state Sen. Judy Warnick, a Republican whose district contains the state’s largest hemp farm, said she hoped that lawmakers will appropriate the money for hemp.

“It’s a new crop that could have a huge impact,” she said. “We’ve got farmers trying to grow it and trying to do the right thing.”

A total of 175 acres of hemp were cultivated in Washington state in 2017, compared with 3,469 acres in Oregon, according to the advocacy group Hemp Vote.

Colorado led all states with more than 9,000 acres.