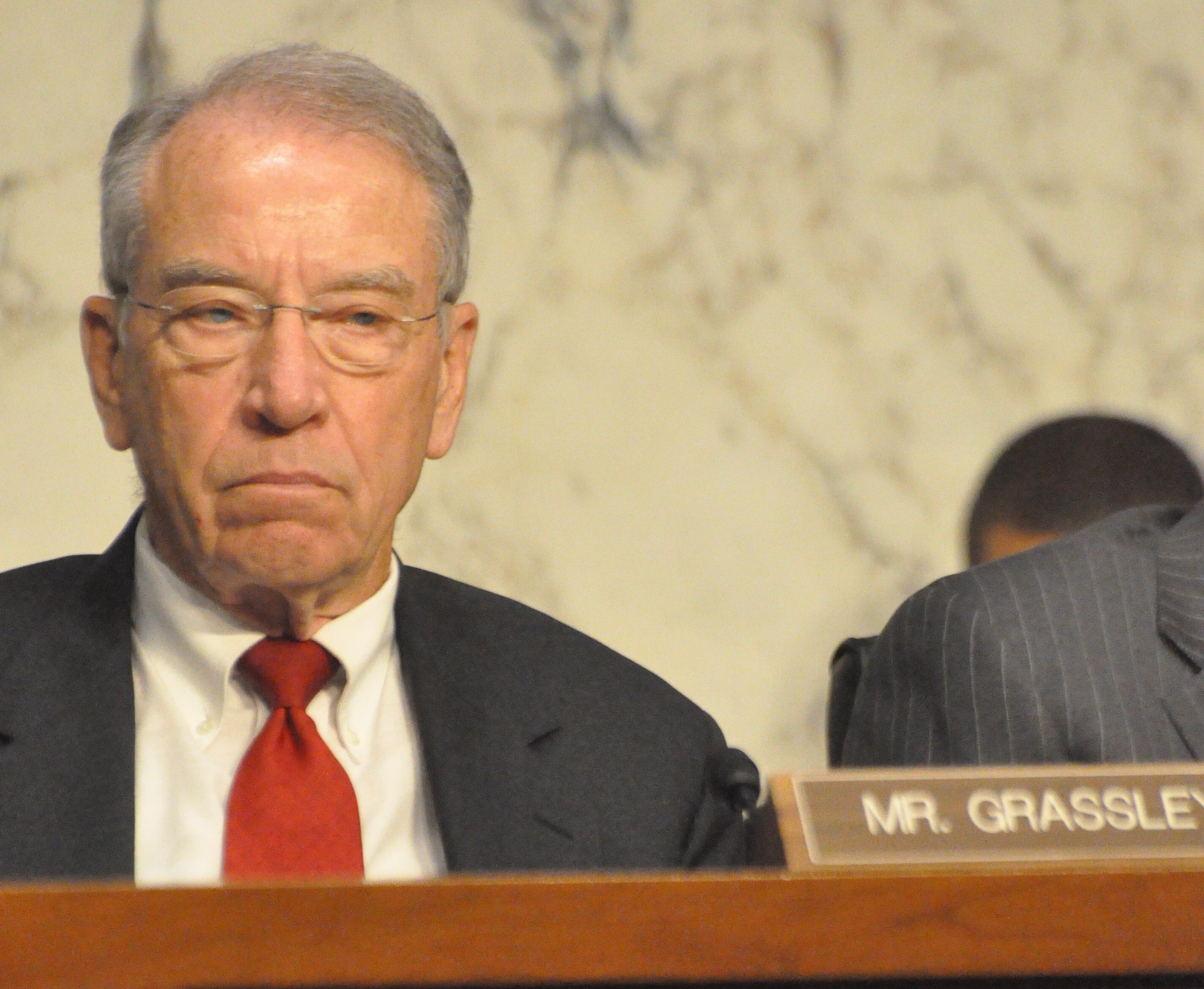 In a letter reported by Reuters, Sessions warned the committee not to approve the sentencing reform bill, S. 1917, claiming it would reduce sentences for “a highly dangerous cohort of criminals.”

Passage of the bill would be “a grave error,” Sessions said.

The measure is actually a mixed bag, a product of lengthy discussions among senators seeking a compromise that could actually pass the Senate. While it has a number of progressive sentencing reform provisions, mainly aimed at nonviolent drug offenders, it also includes new mandatory minimum sentences for some crimes, including some drug offenses. Those provisions provide political cover to conservatives fearful of being tagged “soft on crime,” but tired of perpetuating failed drug war policies.

Sessions has no qualms about hardline drug war policies, and his voicing opposition to the sentencing reform bill doesn’t come as a shock. But Grassley, who has been shepherding the bill along for months, took it personally.

In an interview with Bloomberg Politics Wednesday afternoon, the rock-ribbed Republican ripped into Sessions, accusing him of being ungrateful after Grassley protected him from Democratic demands for public hearings on his contacts with the Russians and supported him when President Trump wanted to fire him.

“I think it’s legitimate to be incensed and I resent it, because of what I’ve done for him. He had a tough nomination, a tough hearing in my committee,” Grassley said. “They wanted to call him back every other day for additional hearings about his Russian connection, and I shut them off of that until we had the normal oversight hearing in October I believe it was, see? And the president was going to fire him, and I backed him, you know? So why wouldn’t I be irritated?”

For Grassley and the bipartisan coalition attempting to move the bill forward, Sessions’ intervention is little more than last-minute backstabbing. A hearing to mark up the draft bill is set for Thursday.

Again, that Sessions would try to derail sentencing reforms is no surprise. He helped kill a predecessor sentencing reform bill that also had broad bipartisan support when he was in the Senate. And since he has taken over as attorney general, he has pursued an undeviating conservative “law and order” agenda.

He regularly takes rhetorical aim at violent crime, illegal immigration, and drugs, and he also puts his policy where his mouth is. Last year, he crafted a memo to federal prosecutors instructing them to charge people with the most serious chargeable offense, a move designed to trigger mandatory minimum sentences. He also crafted another memo to prosecutors undoing Obama’s laissez faire approach to state-legal marijuana, and he blames marijuana for fueling the opioid epidemic.

Grassley didn’t attack Sessions for his draconian policy prescriptions; only for his ingratitude and what he saw as his usurpation of congressional prerogatives. Still, this battle of the dinosaurs shows how the Trump/Sessions crime agenda is creating fissures at the heart of the Republican Party.