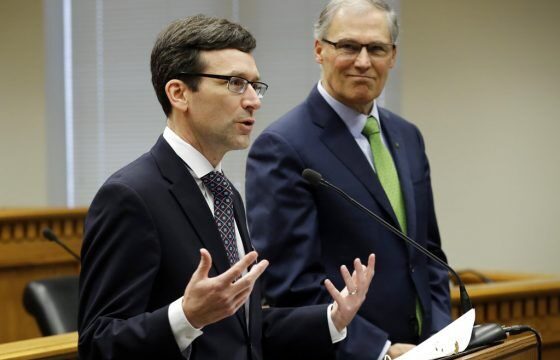 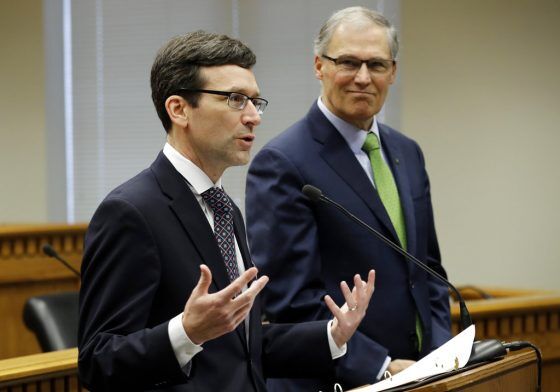 OLYMPIA, Wash. — Washington state leaders slammed the Trump administration’s move Thursday to roll back Obama-era leniency on legalized marijuana, saying they’ll defend the will of state voters who approved recreational pot and the hundreds of millions of dollars in tax revenue that comes with it.

“We should, in my book, not push the panic button on either your individual lives or your businesses,” Gov. Jay Inslee said hours after the Justice Department announced the rollback.

The move by U.S. Attorney General Jeff Sessions would let federal prosecutors in states where marijuana is legal decide how aggressively to enforce the longstanding federal law against it.

In fiscal 2017, legal pot sales in Washington state exceeded $1.3 billion and the state collected more than $300 million in excise taxes, according to the state Liquor Control Board.

Halfway through the current fiscal year, pot sales have topped $500 million and generated more than $100 million in taxes.

Republican Sen. Ann Rivers of La Center said she didn’t personally support the legalization initiative but it has been a responsible program that essentially eradicated the black market. She said the state uses the tax money to fund efforts involving education, mental health, homelessness and opioid addiction.

“The money is going everywhere and rightly or wrongly, we need that money to take care of the people in our state,” Rivers said.

Washington state Attorney General Bob Ferguson said it was too soon to tell how the new federal guidance would affect pot users and businesses, but he and the governor declared there would be no local resources dedicated toward federal enforcement.

They stopped short of promising legal protections for individuals who may be targeted, saying they were still assessing the uncertainties of the situation.

Ferguson said his team has long prepared to take up the legal fight over recreational pot. Last year, he and Inslee wrote to Sessions urging him to respect Washington state’s marijuana laws, but they got no meaningful response.

Related: Seattle Times to Sessions: The prohibition era is done

Inslee chided Sessions as being ideologically obsessed with derailing legalized marijuana programs, even though the tightly regulated industry is flourishing in states that have approved recreational sales.

The Democratic governor called the decision by the Trump administration an attempt to distract the public from its internal chaos.

Annette L. Hayes, the U.S. Attorney for Western Washington, said in a statement Sessions’ move reiterated that local federal prosecutors are in the best position to address public safety.

Hayes said her office would continue to “focus on those who pose the greatest safety risk to the people and communities we serve.”