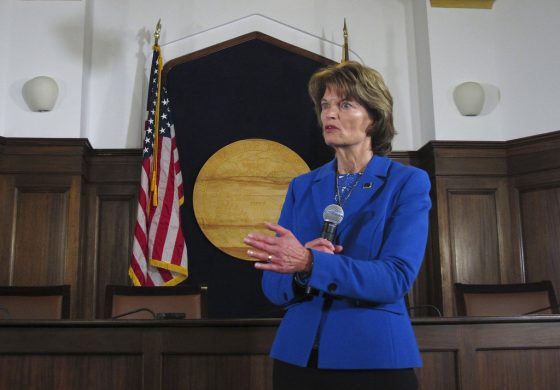 FAIRBANKS, Alaska — Alaska Republican Sen. Lisa Murkowski and a bipartisan group of senators are pushing legislation that would allow legal marijuana businesses to use banks to store profits.

The measure would prevent federal officials from being able to punish banks simply “because the depository institution provides or has provided financial services to a cannabis-related legitimate business.”

Many banks refuse to do business with marijuana growers, processors and sellers because marijuana is still a controlled substance under federal law.

“While there are financial institutions which will bank marijuana-related businesses, many are uncertain about the state of the law,” Murkowski said. “The SAFE Banking Act is intended to resolve these uncertainties, not only for the benefit of the marijuana businesses but also for the states that regulate them.”

“States that have moved to legalize marijuana did so with the understanding that markets would be well-regulated and transparent,” Murkowski said.

“That is why a number of attorneys general, including Alaska’s, believe that it is urgent for Congress to clarify that marijuana and marijuana-related businesses that operate legally under state law can deposit their receipts in the bank, just as other lawful businesses do,” Murkowski said.

The legislation, currently being discussed by Senate committee, could prove to be a welcome change for Alaska’s cannabis industry.

“If that passes, it’s going to be a huge deal for us,” said Lenin Lau, bookkeeper at GOOD AK Cannabis in Fairbanks. “It’s going to lower a lot of expenses for us if we no longer have to hand-deliver cash to different locations.”