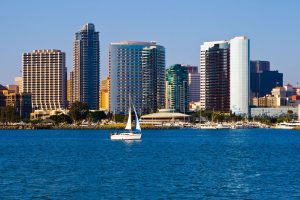 James Slatic and his San Diego cannabis distribution company have apparently come out on top in a nearly two-year fight with the district attorney’s office.

The DA has agreed in a settlement to return nearly $300,000 to Slatic that was seized in January 2016 when law enforcement agents raided Med-West Distribution, Slatic’s San Diego cannabis company, the Voice of San Diego reported.

That sum is in addition to the $100,000 that the DA returned to Slatic and his family earlier this year.

The return of the $300,000 comes after Slatic agreed last month to plead guilty to a pair of misdemeanors after having been charged with multiple felonies in May.

Slatic received a year of probation and a fine and, under the recent settlement, also agreed to forfeit $35,000, the Voice reported.

But Slatic’s attorney, Jessica McElfresh, isn’t yet done with the DA, according to the Voice.

McElfresh was also charged with multiple felonies earlier this year by the DA’s office in connection with the Med-West investigation, and that case is pending.